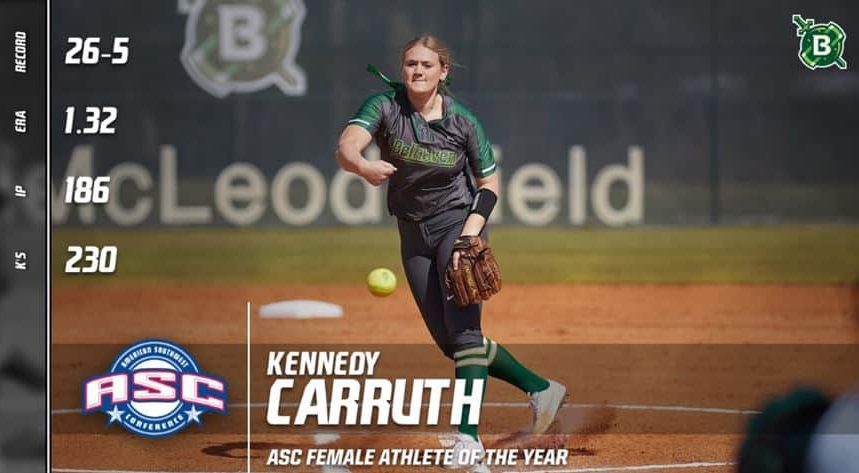 Carruth, a sophomore from Louisiana, was given the award after posting a 1.32 ERA and recording 230 strikeouts—the new single-season ASC strikeout record—during the 2021-2022 season. The pitcher also had a 26-5 record on the season and held opponents to a .184 batting average.

“The things that Kennedy has accomplished are remarkable. While playing the most important position on the field, she has set herself apart from all of the other players in our conference,” said Belhaven’s Head Softball Coach Kevin Griffin. “I’m proud of her growth, both as a player and as an individual, over the past two years. I look forward to writing her name on the lineup card for another year or two.”

South Mississippians eyeing a disturbance in the northern Gulf