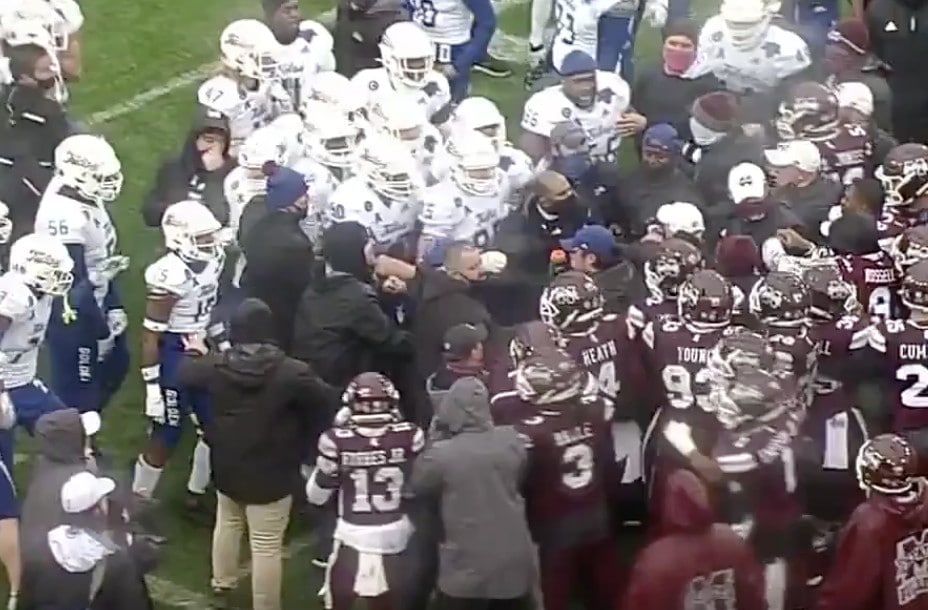 Mississippi State took down Tulsa in the Armed Forces Bowl by a narrow 28-26 margin, but the final score won’t be the headline coming out of of Fort Worth. After the final seconds had ticked off the clock, a benches-clearing brawl broke out between the Bulldogs and the Golden Hurricane.

Following what was a chippy game throughout, the two teams came together and a punch thrown by Mississippi State LB Aaron Brule got things started before players on both sides exchanged blows. Additionally, Bulldog WR Malik Heath is seen on video kicking a Tulsa player on the ground before sprinting away.

How much will you get from the feds?