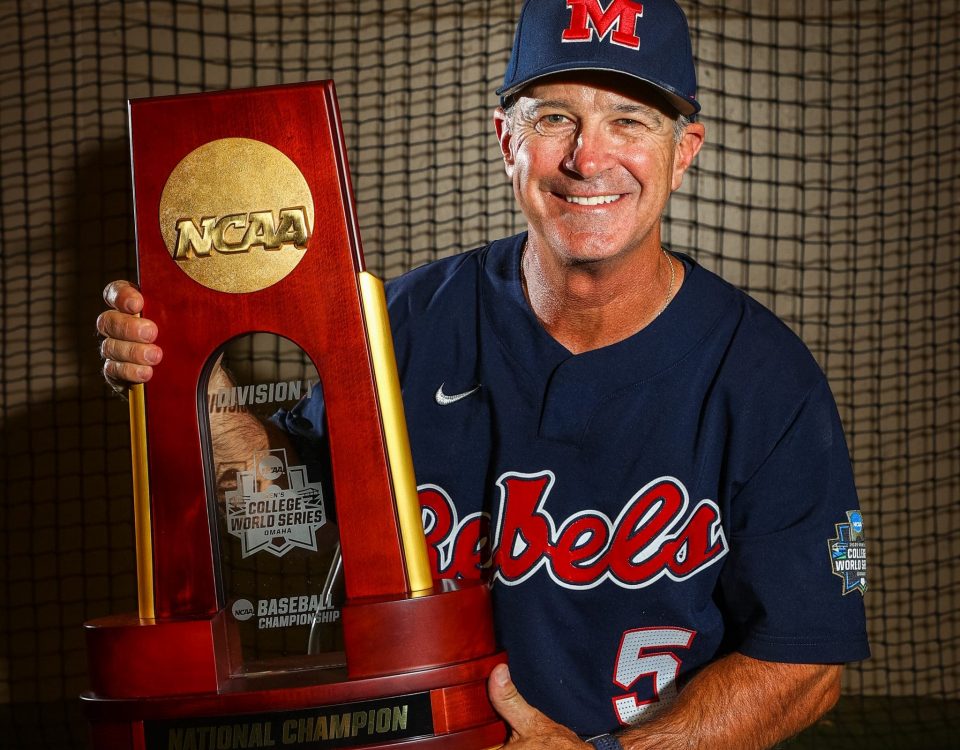 Ole Miss’ historic run in Omaha did not just end in the team winning a national championship, but it also earned head coach Mike Bianco one of the greatest honors as a coach.

On Tuesday, Collegiate Baseball Newspaper announced that they had named Bianco as Coach of the Year for the second time in three years. Bianco also earned the honor in 2020 after COVID-19 caused the baseball season to be shortened.

While the Rebels finished the season as champions, the team was nearly dead in the water during the regular season. At one point, Ole Miss had a 7-14 record against conference opponents, and any hope of playing in the postseason was all but over.

Following a series loss on the road against Arkansas, something clicked. The Rebels proceeded to go on a run in which the team won eight out of its last eleven games before receiving the last bid to play in the NCAA Tournament.

Once the Rebels made it to the NCAA Tournament, they became red hot. The team had a 10-1 record in regional, super-regional, and CWS play and outscored opponents 82-25 during their mission for a national title.

Additionally, Bianco has completed 22 seasons as the team’s head coach, leading the Rebels to four consecutive seasons where the team has won 40 or more games. Ole Miss is one of four teams to accomplish this feat.

Bianco is also the manager for the 2022 Collegiate National Team, better known as Team USA.

Your Mississippi forecast for Wednesday, June 29