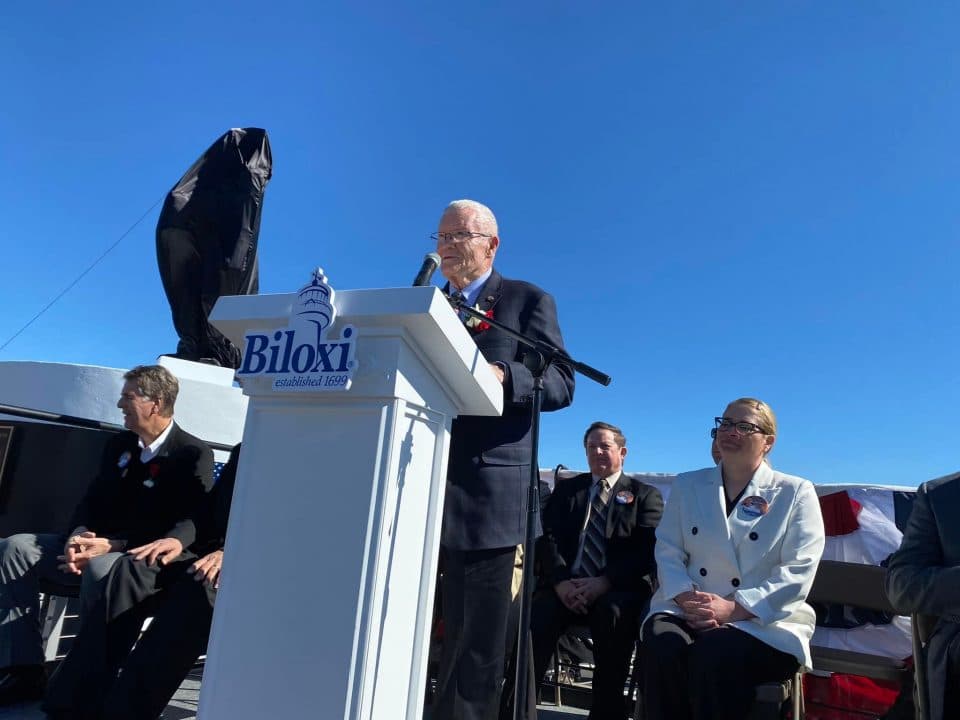 A statue of Apollo 13 astronaut Fred Haise was unveiled south of the lighthouse in Biloxi on February 13.

The eight-foot statue was made to honor the Biloxi native and his service in NASA and the United States Marine Corps fighter pilot.

Fred Haise joined Biloxi’s mayor Andrew Gilich and the sculptor Mary Ott Tremmel Davidson for the ceremony and had his handprints set in front of the bronze statue before the reveal.

The details of the aborted Apollo mission are still fresh in the minds of Biloxi residents, as more than 500 people attended the event.

“This is such an incredible day,” Haise said in front of the crowd.

In the 1970 mission, Haise flew as the lunar module pilot and was planned to be the sixth person to walk on the moon until a faulty oxygen tank in the service module caused the crew to return to Earth two days into the mission.

The crew spent a total of 142 hours and 54 minutes in space, with most of the trip consisting of a lack of power, heat, and water. On April 17, 1970, millions of Americans watched as the crew safely landed in the South Pacific Ocean.

The statue stands as a reminder to the residents of Biloxi of the historical event and the pride one of their own brought not only to Mississippi but to the United States as well.