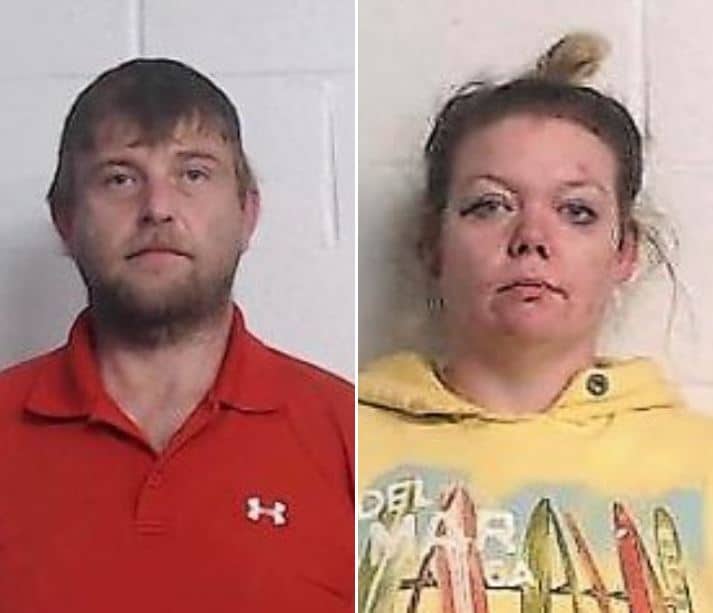 In November, a citizen filed a report with the Booneville Police Department stating three suspects attempted to pass a stolen check from their personal checking account. After the complainant was notified of the fraud by the bank, they discovered more were missing.

Following an investigation by the Boonville Police Department Criminal Investigation Division, the suspects were identified, and two arrest warrants were issued.

On December 6, 2021, 37-year-old David Wayne Cartwright, Jr. of Booneville was arrested and charged with one count of attempting to utter a forged instrument. His bond was set at $10,000.00.

On December 7, 2021, 30-year-old Elizabeth Ruth Tennyson of Booneville was taken into custody. At the time of her arrest, she was found to be in possession of numerous counterfeit checks as well as the equipment and materials to produce counterfeit checks. She was also found to be in possession of a felony amount of methamphetamine. She was initially charged with one count of attempting to utter a forged instrument, ten counts of fraudulently obtaining goods, and one count of felony possession of methamphetamine. Her bond was set at $50,000.00.

Booneville Police say an investigation into the items seized at the time of Ms. Tennyson’s arrest has linked her to multiple other suspects and jurisdictions where other acts or attempted acts occurred. The third suspect was cleared of any criminal charges. This investigation is still ongoing with more arrests anticipated.

DOJ awards over $260,000 in grants to support Project Safe Neighborhoods in MS