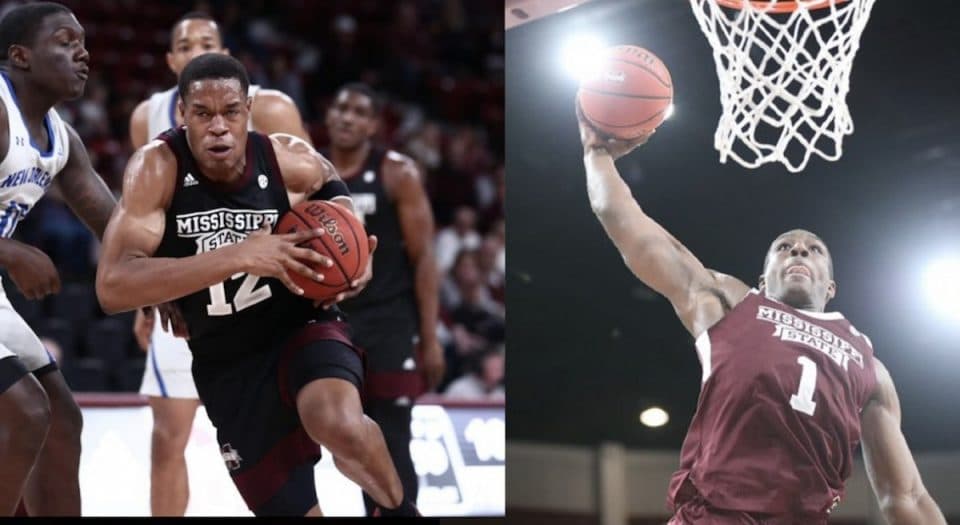 Robert Woodard’s lifelong dream to be an NBA player has finally come true, as the former Mississippi State star was selected by the Sacramento Kings in the 2nd round of the NBA Draft.

Sources: Sacramento is selecting Robert Woodard at No. 40 in NBA Draft.

Woodard averaged 11 points and 6.5 rebounds for the Bulldogs in his sophomore season, shooting a team-leading 43% from three-point range. He comes to Sacramento via a trade with the Memphis Grizzlies, who made the original selection. Woodard will join a Kings team that finished 31-41 a season ago, 4 games out of the final playoff spot in the Western Conference. He becomes the second Bulldog taken in the second round in consecutive drafts, joining Quinndary Weatherspoon who went 49th a year ago to the San Antonio Spurs.

Woodard joined SportsTalk Mississippi a week ago to discuss his path to this moment and what it took to get here. That interview is linked here.

Mississippi State’s Reggie Perry had an amazing sophomore campaign, earning SEC Player of the Year honors. On Wednesday, he joined his teammate Robert Woodard II in hearing his name called in the NBA Draft, going to the Brooklyn Nets with the 57th pick.

Perry was dominant in 2019-20, the only player in the SEC to average a double-double, racking up 17 points and 10 rebounds a game. He’ll head to the Nets via a trade with the Los Angeles Clippers, joining a squad that will look to rebound in a big way with the return of Kevin Durant and Kyrie Irving, who missed over 120 games combined with injuries last year. The Nets are expected to be a top contender in the Eastern Conference under new coach Steve Nash. Perry’s selection means two Bulldogs have been drafted in the same year for the first time since 1996, when Erick Dampier and Dontae Jones were both first-round selections.