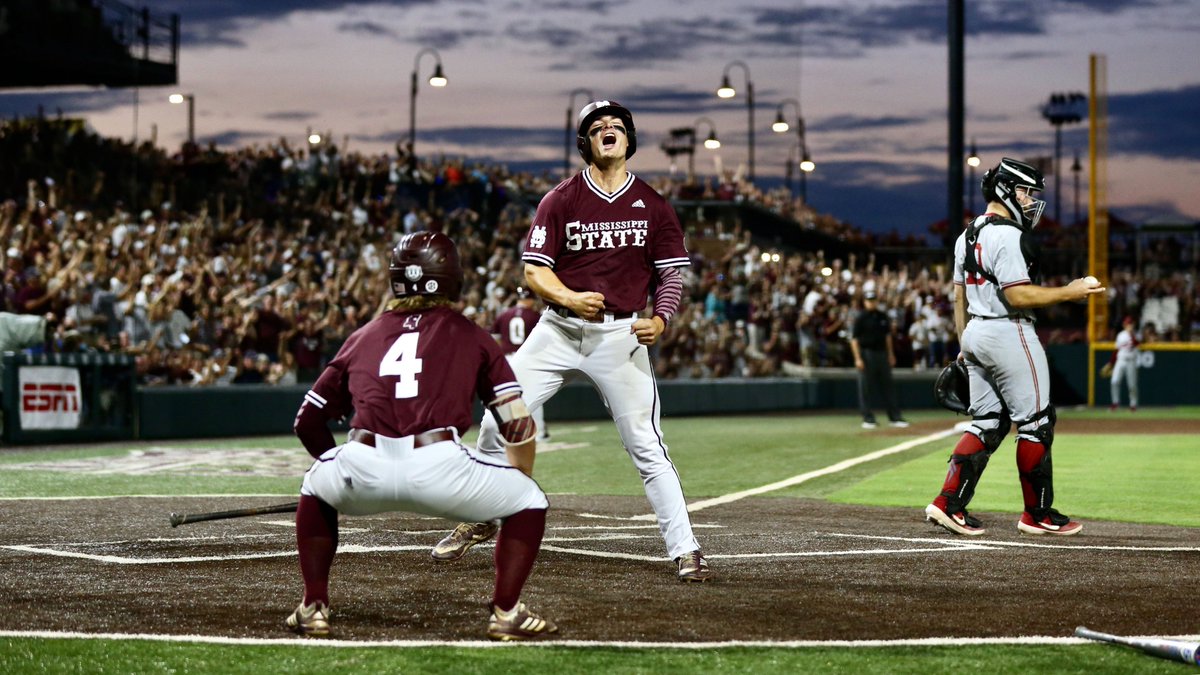 Mississippi State had to wait longer than expected on Saturday to get the Starkville Super Regional going, but once it started, the Bulldog bats struck early. Six runs in the first four innings was more than enough cushion for Ethan Small, who grinded his way to his 10th win of the year, as the Bulldogs took a 6-2 win over Stanford in Game One. MSU now stands one win away from a return trip to Omaha and the College World Series.

How different might Saturday’s game have been if this ball off the bat of Stanford’s Andrew Daschbach had gone just a few inches further. Stanford was literally that close to a 4-0 lead in the first inning, but instead Jake Mangum does what he always does, made the play that made the game. Mangum turned a grand slam into a sac fly, and the Cardinal were limited to just one run in the frame. From there, Ethan Small would settle in, eventually striking out 7 batters on a career high 117 pitches. In the postseason, every play is magnified, but there can’t be a lot of question that this catch might end up being the biggest play of the season for Mississippi State.

LOUD NOISES!!! Dustin Skelton gets the crowd on its feed with the 2-run double! #RoadToOmaha | @HailStateBB pic.twitter.com/CNzx37KOQS

With Jordan Westburg on third and Justin Foscue facing a 3-0 count, Stanford elected to take their chances with Bulldog catcher Dustin Skelton and give up the last pitch to Foscue. Skelton immediately made the Cardinal regret that decison, as his 2 RBI double gave MSU a lead it would never relinquish. Skelton is now 7-16 in the postseason with 4 RBI, and has provided a big spark to the bottom of the Bulldog batting order, which accounted for 5 hits from the 6 through 9 holes on Saturday.

Only one more win stands between Mississippi State and the 11th College World Series appearance in school history. State will try to take Game 2 tomorrow behind Peyton Plumlee. First pitch is scheduled for 8 PM.

Ole Miss has the best returning offensive line in the SEC, according to college football analyst