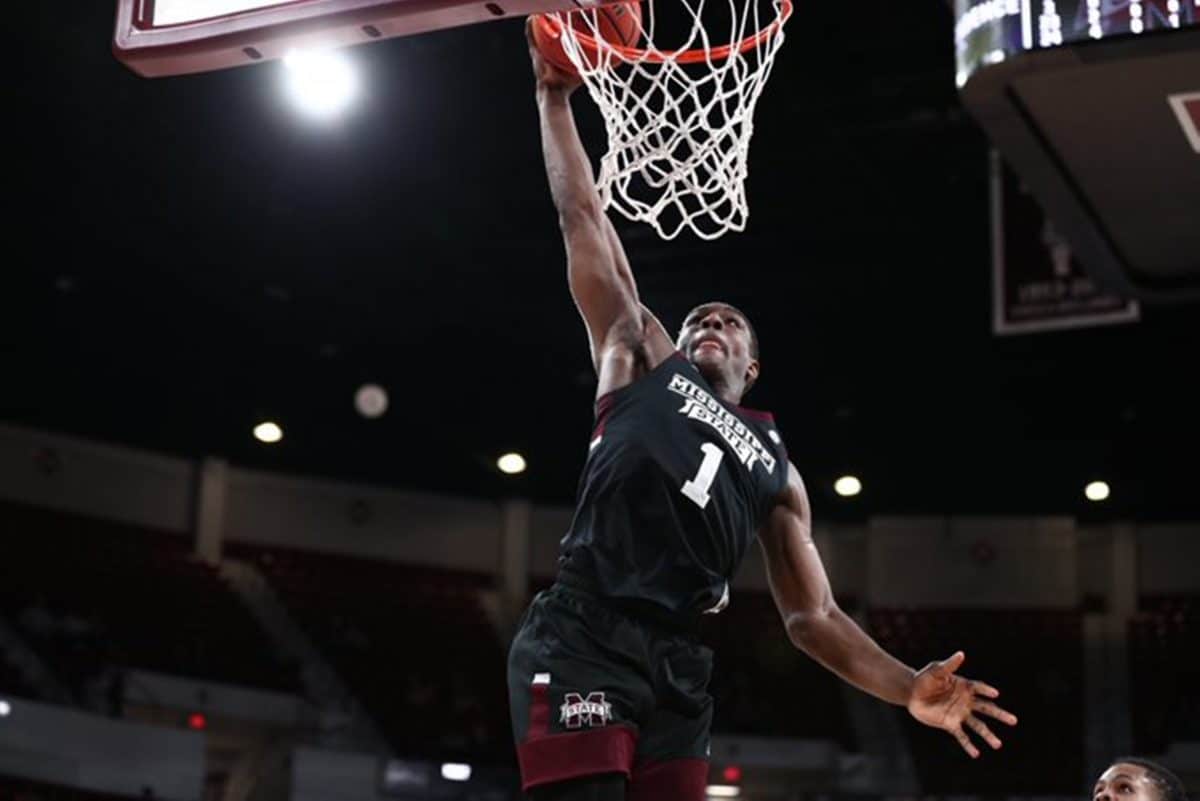 Last night, Mississippi State cruised to a victory over Missouri in Starkville while a shorthanded Ole Miss team dropped their matchup with Flordia on the road. Below, you’ll find a recap and analysis of each game from SportsTalk Mississippi’s beat reporters.

It’s difficult to call a game a must-win in January, but after three defeats to start SEC play, Mississippi State was as close to desperate as a team can be. The Bulldogs left no doubt on Tuesday night at the Humphrey Coliseum, running out to a 10-0 lead to start the game and cruising to a 72-45 win over Missouri. State hit 55% from the field, outrebounded the Tigers by 12, and forced 19 turnovers as the Bulldogs ran all over a Missouri squad that had scored 91 points in their last outing against Florida. State improves to 10-6 overall and goes to 1-3 in conference play.

That headline is how Coach Ben Howland described Reggie Perry, as the Bulldog sophomore went for 23 points and 10 rebounds, his ninth double-double of the season and his third in SEC play. Even before the season began, Howland was adamant Perry would average double-digit points and rebounds on the season, and thus far, State’s All-SEC star has delivered on that hype. Perry was especially dominant Tuesday night, hitting 9-13 shots, including two from behind the arc.

The only father-son duo in SEC history to each score 1,000+ points:@HailStateMBK's Greg and Tyson Carter 🔥 pic.twitter.com/9n3f71dXkV

It was quite the night for Tyson Carter, as Tuesday was his birthday, and his first bucket pushed him ahead of his father, Greg Carter, on the all-time scoring list at Mississippi State. Most importantly for the senior, he was able to get out of the funk he was suffering through State’s first three SEC games. Carter had 15 points and 7 assists against only 1 turnover, coming off the bench for the first time this season as Howland look to shake things up to get his sharpshooting guard back into the swing of things. Carter is obviously essential for Mississippi State this season, if he can return to his early-season form, the Bulldogs might fight their way back into postseason contention yet.

Georgia has one game between now and Saturday’s trip to Starkville. The other Bulldogs are led by a tremendous core of freshmen, most notably Anthony Edwards, who many predict will be the first overall pick in the 2020 NBA Draft. Tipoff is set for 7:30 PM at the Humphrey Coliseum as the maroon and white Dawgs will look to make it two wins in a row.

Ole Miss lost its fourth consecutive game on Tuesday, a 71-55 defeat at Florida.

The result was expected because of who the team was without.

Hours before the game, Ole Miss announced starting center Khadim Sy did not make the trip to Gainesville, citing a coach’s decision. The decision is related to Sy missing a team-related meeting, multiple sources told SuperTalk. Just moments before tipoff, the team announced senior guard Breein Tyree — who did make the trip and was on the bench — would not suit up with a lower back contusion.

The two pieces of news were devastating blows to an already thin team that struggles to score the basketball, particularly in half-court offense. Tyree is the club’s leading scorer and Sy is a somewhat reliable scoring option in the low post, though that has been a bit of a weakness for the Rebels. The result, of course, reflected their absence. Ole Miss was 18-45 from the floor and turned the basketball over 18 times. It was out-rebounded 31-26 and gave up 10 offensive rebounds.

The Rebels hung in this game for about 13 minutes, thanks to Blake Hinson and K.J. Buffen making shots early. Hinson had 13 first-half points and buried a couple of early triples. He had 16 for the game and Buffen led the team with 20 points on 5-8 shooting. He shot 11 free throws and made 10.

Result aside, those two producing offensively is a positive sign for a scuffling ball club. The pair of sophomores have struggled this season and their failure to make a jump into consistent offensive threats, coupled with their defensive woes and Buffen’s foul trouble, have hamstrung this team. Kermit Davis said after last Saturday’s loss to Arkansas that he didn’t feel comfortable playing those two at the same time because of their defensive lapses. On this night, he had no choice. Sy’s absence created a huge front-court void, to the point that Davis played seldom-used Carlos Curry 17 minutes. Curry had not played double-digit minutes since November 15 against Western Michigan. He had three points in this game.

Ole Miss struggled mightily from three-point range. Aside from Hinson’s two triples early on, the team was 1-14 from behind the arc the rest of the way and had just three assists on 18 made baskets. The ball tends to stick with this team as it struggles to move the basketball to multiple sides of the floor on a given possession. A taxed and short-handed backcourt was without its best player and Devontae Shuler — who is the straw that stirs the proverbial drink when it comes to ball movement — struggled to score in 34 minutes and had just five points. The Rebels did get some help in the backcourt in terms of depth. Bryce Williams returned from a hamstring injury that cost him to miss the last three games. Williams made one shot in 17 minutes.

It is hard to fault this team for tonight’s result given who they were without. But the Rebels are reeling at 9-7 (0-3) and the road gets no easier with LSU (who is now 4-0 in league play) coming to Oxford on Saturday. This group is struggling to mesh on the floor and its struggles on the offensive end are reflective of that. Behind Tyree, there aren’t enough consistent shot makers to effectively run the continuity sets that Davis calls.  They are a decent defensive team, but not enough to overcome their offensive shortcomings and they are soft on the glass at times.

This is just one man’s opinion, but it seems as if the Rebels lack vocal leadership at times, which is paramount to a team coming together on the court. The Sy news isn’t exactly a ringing endorsement of the chemistry, either.

It’s onward for Davis and Ole Miss as they wade deeper into what appears to be a long year.