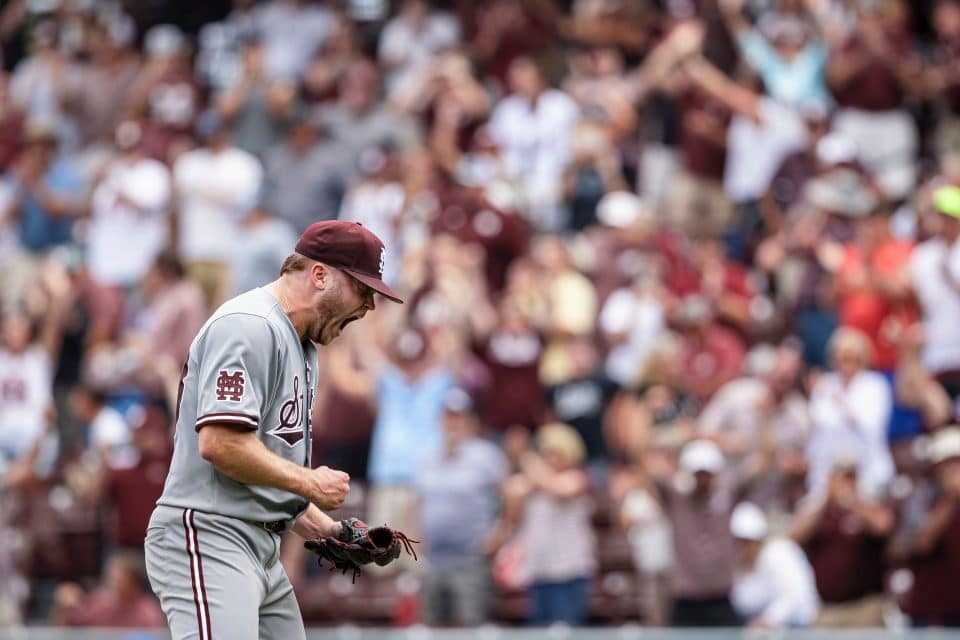 STARKVILLE, Miss. – Mississippi State is headed to yet another NCAA Super Regional.

The Bulldogs beat Campbell 6-5 at Dudy Noble Field on Monday winning their third game of the weekend to ensure yet another Super Regional appearance. No. 7 overall seed Mississippi State (43-15) will host No. 10 Notre Dame (33-11) in the Starkville Super Regional this weekend.

Mississippi State found themselves down early thanks to a three-run first inning by Campbell. However, once senior reliever Houston Harding entered the contest on the mound for the Bulldogs, the Camels were sent packing. Harding replaced starter Jackson Fristoe and proceeded to strike out 10 and would not surrender a run until the 6th inning.

Harding’s heroics held Campbell in check while the Mississippi State hitters did their part. Third baseman Kamren James hit a two-run homer in the third that gave the Bulldogs a lead they would maintain throughout the rest of the game.

It’s the Bulldogs’ fifth straight appearance in the Super Regionals.