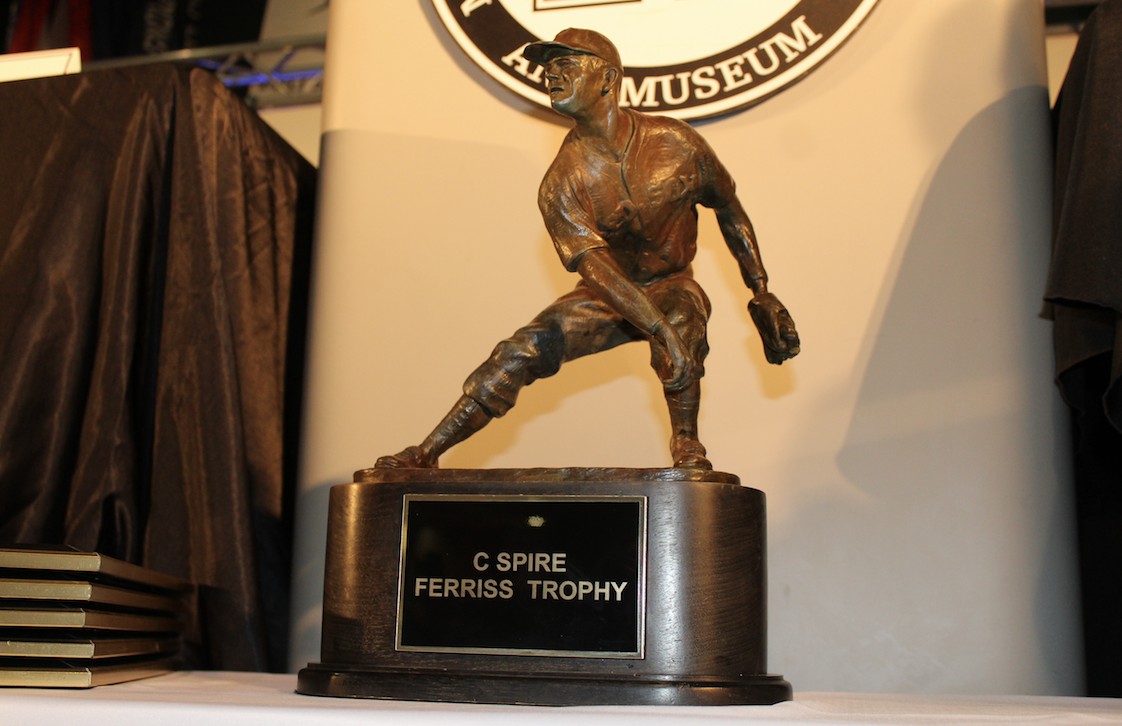 For the first time ever, C Spire and the Mississippi Sports Hall of Fame and Museum awarded each of the awards for Mississippi’s top college athletes on the same day.

Moore, who was selected by the New York Jets in the second round of the NFL draft in April, set an Ole Miss single-season record with 86 catches during the in just eight games during the 2020 season against an SEC-only schedule, racking up 1,193 yards and 8 TDs

Allen enters the SEC Tournament as the conference leader with a .387 batting average and and was the only SEC hitter to finish with a average over .400 in SEC play. According to MSU Athletics, Allen is one of two Power 5 hitters – and one of four nationally – to produce at least 50 runs scored, 70 hits and 50 RBIs in the regular season.

Shuler led the Rebels in scoring with 15.3 points per game and assists with 3.3 per contest and earned All-SEC honors for the first time in his career. Shuler edged out MSU guard D.J. Stewart Jr. and Jackson State’s Tristan Jarrett.

Austin, who finished in the top 10 in scoring (18.6 ppg) and rebounding (9.4 rpg) on the way to 1st team All-SEC honors, led the Lady Rebels and made 51.9% of her shots from the field. Austin beat out Jackson State center Ameysha Williams and guard Dayzsha Rogan for the award.

A selection of the Green Bay Packers in the 4th round of the 2021 NFL Draft, Newman took home the award presented to the state’s top offensive lineman