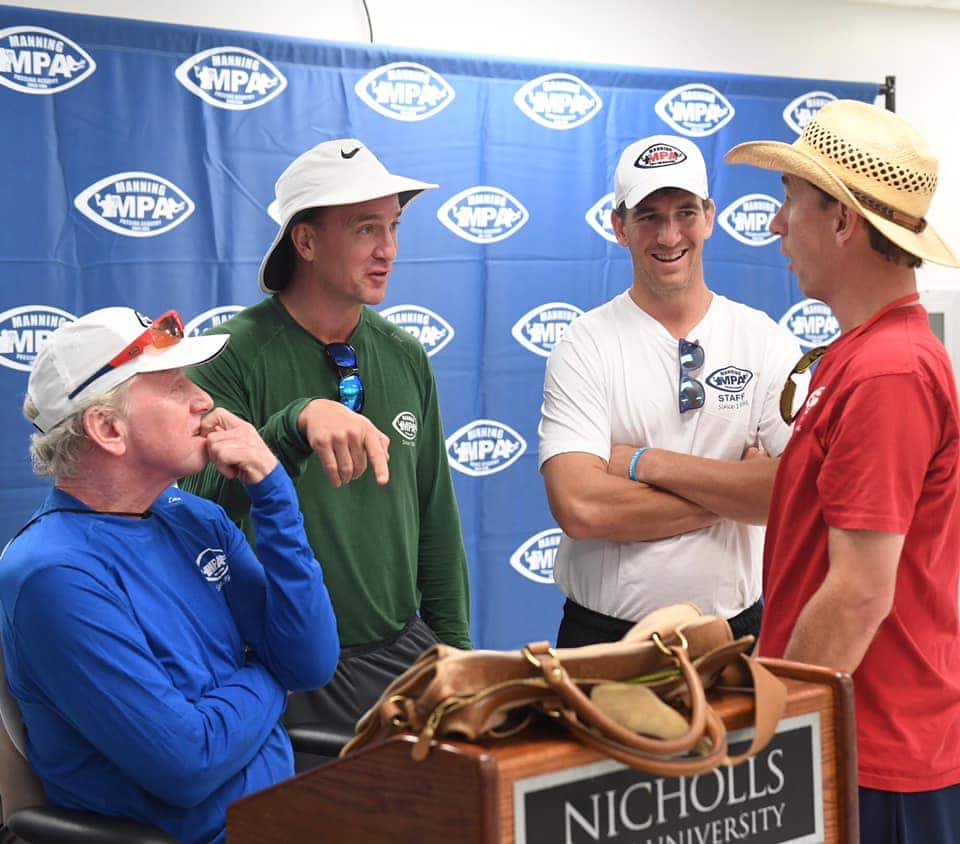 Caesars Sportsbook today announced the signing of the Mannings in a historic first-of-its-kind partnership between a sports betting company and an iconic sports family. Part of Caesars Entertainment, Inc. (NASDAQ: CZR) (“Caesars”), Caesars Sportsbook welcomes Archie, Peyton, Eli, and Cooper Manning to join the empire as Caesars Sportsbook expands across the country.

The Mannings will be featured in advertising, in addition to making live event and commercial appearances.

“This isn’t the typical partnership between a sports betting company and major talent,” said Chris Holdren, Co-President of Caesars Digital. “We’re welcoming the most acclaimed family in football history to be integrated holistically into the Caesars family. Archie, Peyton, Eli, and Cooper are extraordinary people who are champions of their communities and we’re honored to partner with such a prestigious group of individuals.”

Caesars Sportsbook will incorporate the Mannings into a wide array of fan engagement opportunities made possible for sports bettors utilizing the industry-leading loyalty program, Caesars Rewards. Now, not only will bettors earn Tier Credits and Reward Credits with every wager, but members will have the chance to interact directly with the Mannings in various ways through upcoming activations.

In addition to lending their creativity and expertise as advisers, the Mannings will serve as prominent ambassadors for Caesars’ focus on responsible gaming. Drawing a parallel to the importance of staying in control – like they did on the football field every Sunday – the Mannings will highlight the resources that Caesars Sportsbook provides bettors to stay in control of their gaming. The Caesars Sportsbook app features responsible gaming tools as part of its offering, including self-imposed time limits, deposit limits, and spending limits.

The Mannings are the most accomplished family in pro football history. For 35 of the NFL’s 102 seasons, there was a Manning family member starting at quarterback in the league. During their illustrious NFL careers, Archie, Peyton, and Eli combined for 48 seasons, 653 games, four Super Bowl championships, 20 Pro Bowls, 152,874 passing yards and 1,030 passing touchdowns. Even after retiring 37 years ago, Archie is the second-leading passer in New Orleans Saints history. Peyton, who starred in Indianapolis and Denver, was named NFL Most Valuable Player five times, two more than any other player in league history. Eli owns almost every passing record from his time in New York and is one of five players to be named Super Bowl MVP multiple times.

In addition to their on-field excellence, the Mannings are no stranger to off-the-field achievements. Peyton and Eli are the only brothers to win the Walter Payton NFL Man of the Year Award, the league’s most prestigious honor, which recognizes a player for his excellence on and off the field. Caesars is also committed to supporting the Mannings’ many charitable initiatives.

Alongside their national efforts, the Mannings have a storied history in New Orleans dating back to Archie’s 10-year stint as starting quarterback for the New Orleans Saints and the brothers’ prestigious high school football careers. The family is lauded in the city as national ambassadors and praised locally for their charitable and civic involvement. This landmark partnership builds upon the already established relationship between Caesars and the Mannings as the company operates the Mannings Sports Bar & Grill out of Harrah’s New Orleans.

“We’re excited to partner with the team at Caesars Sportsbook,” said Peyton Manning. “We’re looking forward to interacting with their customers who love sports and love football, and we know Caesars has a lot of fun initiatives planned. They place a strong emphasis on community impact, and we appreciate their support of causes that are important to us.”

Caesars Sportsbook is currently live in 20 states and jurisdictions—14 of which are mobile—and operates the largest number of retail sportsbooks across the country. The mobile app offers expansive wagering options, including live in-game betting, as well as safe and easy ways to deposit and withdraw funds.  Caesars Sportsbook has partnerships with the NFL, NBA, NHL, MLB, and several individual teams, while being the exclusive odds provider for ESPN and CBS Sports.

Dominican Republic drug trafficker sentenced to over 24 years in prison