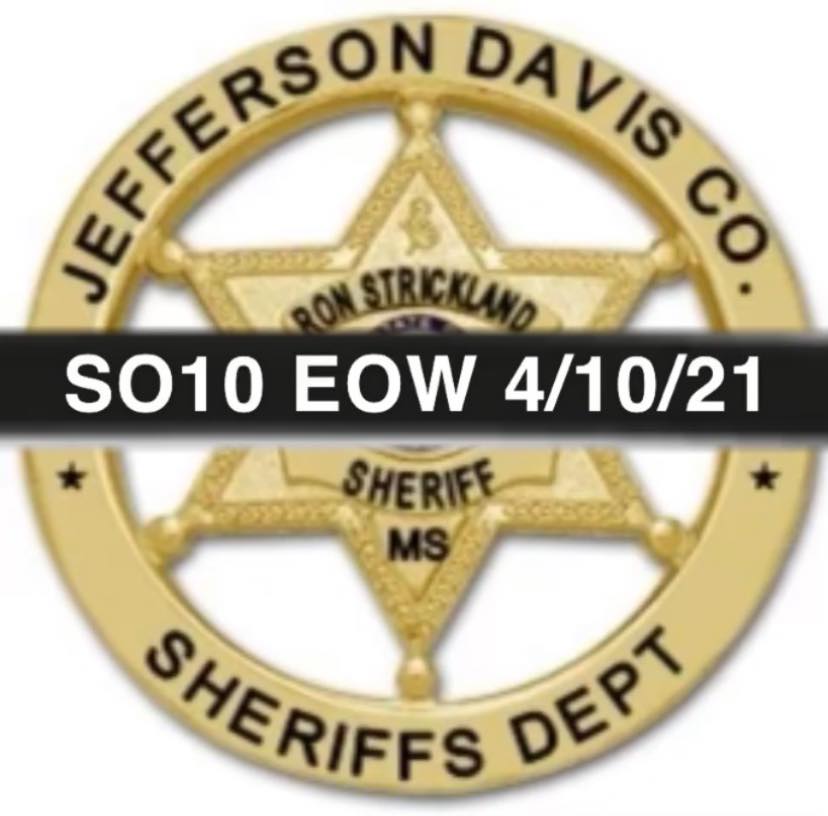 A car accident claimed the life of a Jefferson Davis County Deputy over the weekend.

Saturday night, Deputy Pat Barnes lost control of his vehicle and collided with a tree while en route to assist the Prentiss Police Department with a disturbance call at a local motel.

“Deputy Barnes’s sacrifice while in service to the citizens of Jefferson Davis County, no matter the span of time cannot go unmentioned. We will honor him, his family and his memory and never forget what happened to this deputy on April 10, 2021. We will take it from here Brother,” Sheriff Ron Strickland said in a Facebook post.

Governor Tate Reeves posted his condolences on social media as did the Mississippi Highway Patrol.

“Elee and I are deeply saddened by Deputy Pat Barnes’ passing. We join in prayer for his family,  Sheriff Ron Strickland and the entire Sheriff’s Department, and the many communities affected by Deputy Barnes’ selfless service.

We will always be proud to support our men and women in blue, and we will always remember Deputy Barnes’ sacrifice made while answering the call to keep our people safe,” Governor Reeves posted.

The Mississippi Highway Patrol extends our condolences to the family of Deputy Pat Barnes. Our thoughts and prayers are also with the employees of the Jefferson Davis County Sheriff’s Office as they too mourn the loss of a friend and member of their department.-Colonel Randy Ginn pic.twitter.com/rObXdBRwjW