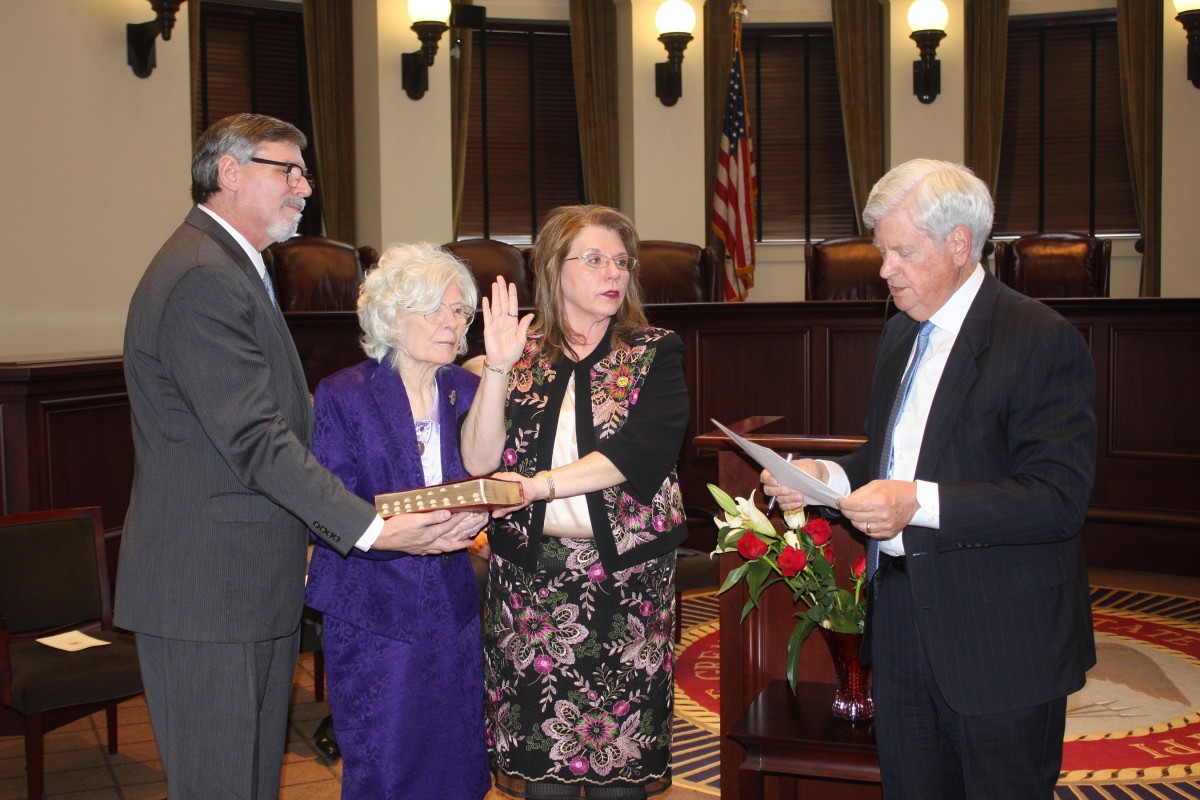 Barnes is the first female Chief Judge of the state Court of Appeals and was presented the award by the Mississippi Bar’s Women in the Profession Committee. The award honors an outstanding female lawyer who has achieved professional excellence and has actively paved the way to success for other women lawyers. The award was presented during the Price-Prather Luncheon at the Mississippi Bar Convention in Destin, Florida on July 11th.

The award is named for Susie Blue Buchanan of Brandon, who in 1916 became the first woman lawyer qualified to practice before the Mississippi  Supreme Court.  The luncheon is named for the state’s first woman judge, Washington County Court Judge Zelma Wells Price of Greenville, and the first Mississippi woman chancellor, Supreme Court Justice and Chief Justice, Lenore Loving Prather of Columbus. Chief Justice Prather was presented the Susie Blue Buchanan Award in 2005.

“It’s not that they were just the first, but what they did as the first,” said Chief Judge Barnes during her acceptance speech. “Judge Price was elected to the House of Representatives in 1943, and authored the state’s Youth Court Act, creating Mississippi’s first court system for juveniles. Gov. Hugh White appointed her to the Washington County Court in 1953. She put women on juries when state law didn’t permit women to serve.”

Justice Prather wrote the landmark decisions of Albright v. Albright and Ferguson v. Ferguson. Albright created a list of considerations, now known as Albright Factors, to determine the best interests of the child in parental custody disputes. Ferguson adopted guidelines for equitable distribution of marital assets in a divorce, including giving women credit for their non-financial contributions to the family.

“It’s truly humbling to be on the list with the former award winners,” said Barnes. “I will do my best to live up to the award…..Without these women, our true trailblazers, none of us would be sitting here today.”

She added that it is her intent “to endeavor to make the path easier for those who come after us.”

Supreme Court Chief Justice Mike Randolph named Chief Judge Barnes to lead the Court of Appeals on Feb. 1, 2019. She also was the first woman Presiding Judge of the intermediate appellate court. She has served on the Court of Appeals for 15 years, having first been appointed by Gov. Haley Barbour on July 26, 2004. She was elected in November 2006 and re-elected in November 2010 and November 2018.

Pray Mississippi wants to come to your town

Providence Hill Farm Not a Shot in the Dark