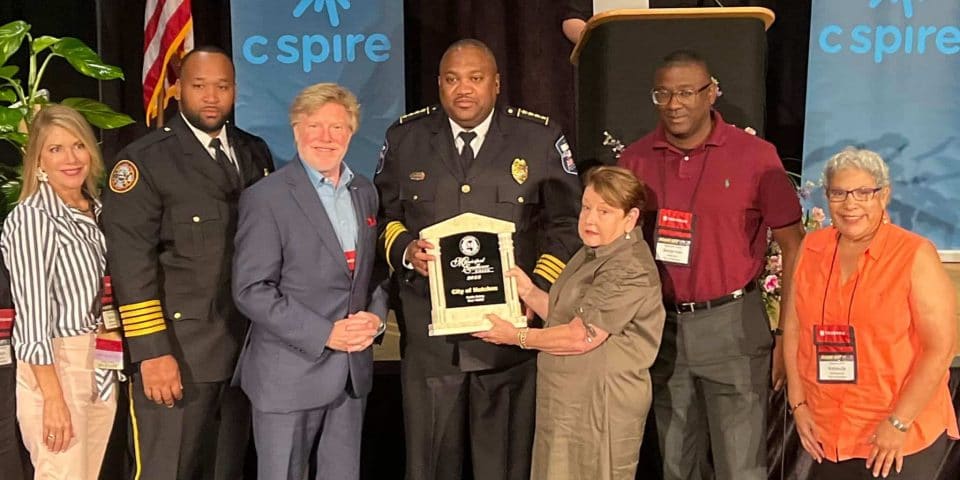 During this year’s Mississippi Municipal League Annual Conference, the City of Natchez was recognized with the Municipal Excellence Award in Public Safety in cities with more than 10,000 people.

Natchez Police Department’s new VIPER (Violent Immediate Police Emergency Response) unit was the subject of much praise at the conference.

According to Natchez Mayor Dan Gibson, VIPER was created with the purpose of reducing crime rates and getting illegal weapons off the street. The unit was credited for seizing over 150 illegal weapons within a six-month span.

“To our knowledge, this is the first time Natchez has ever received this award. Our Natchez Renewal is resulting in a safer community. Crime rates are going down, arrests are being made, and crimes are being solved. Crime Stoppers is back and working, and morale and our officer count are up. In addition, our officers have new cars, guns, equipment, uniforms, and all of the things needed to keep our city safe,” Gibson told The Natchez Democrat. “I am very grateful to our Police Chief Joseph M. Daughtry Sr. and his team of outstanding men and women.”

Further, Daughtry touted the officers in the Natchez Police Department for following the plan he set in place to make the city a safer place.

“I get a lot of credit for a lot of things but I’m just steering the ship,” Daughtry said. “It’s the men and women of the Natchez Police Department who are buying into the vision I have for this department and are buying into a safer city.”

The chief also thanked the Natchez Board of Aldermen for their continuous support of the Natchez Police Department and their role in helping him improve the department.