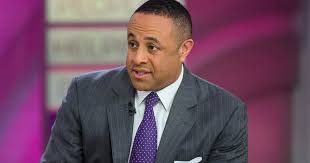 (Photo courtesy of The Today Show)

Clarksdale has the 4th highest crime rate in Mississippi. Mayor Chuck Espy is trying to give his city a second chance.

Espy, who appeared on the Today Show on Thursday  morning, has put $10,000 of his own money into a controversial new program. In an effort to reduce crime and reform those who seek a change in their life, the Second Chance Program encourages criminals, gang members, and drug dealers to move out of the city.

Espy has launched a GoFundMe page asking for $3 million in donations to grow the program.

Congressman Guest serves as Ranking Member for a Day