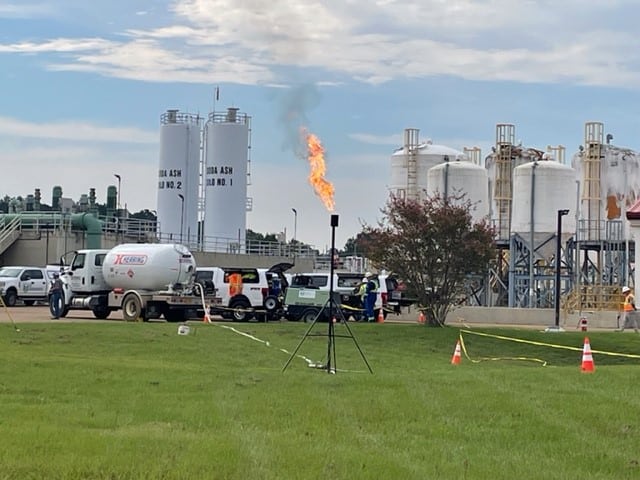 A federal class action lawsuit has been filed by Jackson residents against various government and private engineering defendants over the neglect, mismanagement, and maintenance failures that led to the recent water crisis.

In a complaint filed by the plaintiffs, it is alleged that the city’s water supply has been neglected for decades, resulting in a complete shutdown in August that left over 153,000 residents, 82% of whom are Black, without access to running water. These residents lacked safe drinking water, or water for making powdered baby formula, cooking, showering, or laundry. During the period where the city had no water pressure, residents were unable to even flush toilets.

“All families are entitled to clean and safe drinking water,” Mark P. Chalos, representing the plaintiffs in the lawsuit said. “Government officials turning a blind eye to contaminated water and letting a major American city’s infrastructure crumble into disrepair is neither representing nor caring for its people. This lawsuit seeks to bring justice – and safe, clean water – to the Jackson community.”

The complaint further states that plaintiffs were poisoned by lead and other contaminants released into Jackson’s drinking water as a result of indifference towards providing clean water by the city’s government and other defendants involved. Plaintiffs also claimed personal injuries due to the water contaminants.

One historical data point referenced in the complaint noted in June of 2015, officials from the Mississippi State Department of Health (MSDH) performed water testing in Jackson and found that levels of lead in Jackson’s drinking water exceeded the regulated threshold in 22 percent of Jackson homes, according to the sampling. By comparison, this was a larger percentage of homes with excess amounts of lead than found in Flint, Mich. around the same time.

In a May 2021 notice, the city of Jackson admitted to its water users that it had failed to consistently meet treatment technique requirements for the system, which is a violation of the Lead and Copper Rule, during the monitoring periods from 2018 to 2021.

“We are striving to secure clean, safe water for the Jackson community – a community that has been suffering with contaminated water for years,” Robert Gibbs, who represents the Plaintiffs in the suit said. “This is a righteous fight, and one we intend to win.”

The complaint in the case was filed in the Southern District of Mississippi. Residents involved in the suit are represented by Lieff Cabraser Heimann & Bernstein, LLP, the Law Office of Larry D. Moffett, PLLC, Kershaw Talley Barlow, P.C., and Gibbs Travis PLLC. Defendants involved are the city of Jackson, mayor Chokwe Antar Lumumba, former mayor Tony Yarber, Siemens Corporation, and others.