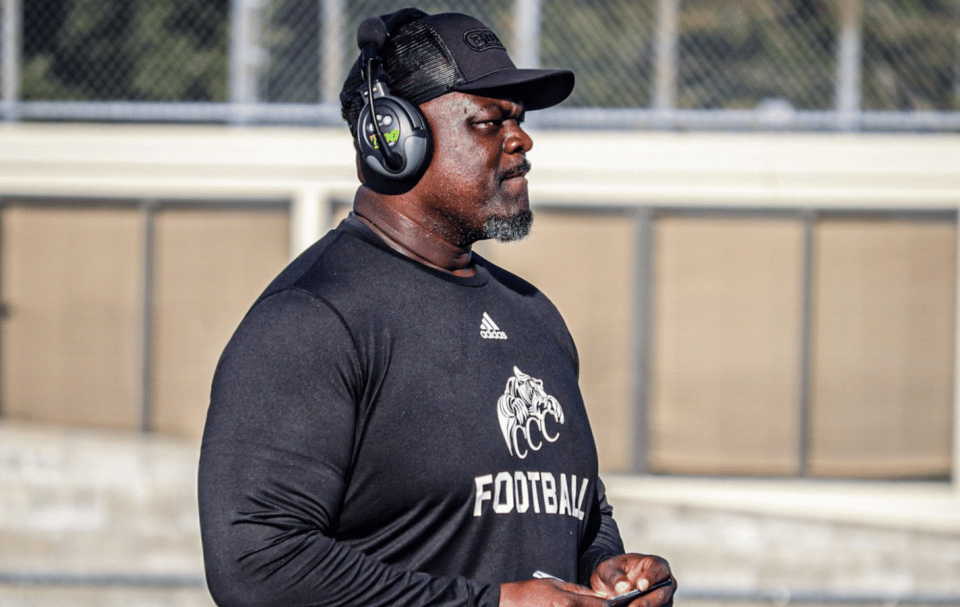 Metcalf, who joined the program as the offensive line coach going into the 2022 season, was previously serving as CCC’s interim head coach following the departure of Travis Macon. Under Metcalf this past season, the Tigers led the conference in rushing yards per game with an average of 198.9.

“We are fortunate to have a seasoned football coach who has been involved with football at all levels most of his life,” CCC President Dr. Valmadge T. Towner said. “Coach Metcalf is a family man, a spiritual person, and in my opinion, he is a good role model for our student-athletes. He will add value to the Coahoma brand, and he is eager to build on the successes that our program has experienced in recent years.”

Prior to his time at CCC, Metcalf worked as an assistant coach at Pearl River Community College from 2016-2019. As a player, he lettered for Ole Miss from 1997-2001, earning All-SEC honors in both 2000 and 2001. In 2001, he was named first-team All-American as well as the SEC’s most valuable offensive lineman. He was added to the Mississippi Sports Hall of Fame in 2021

Metcalf was selected by the Chicago Bears in the third round of the 2002 NFL Draft. He started in 25 games over seven years for the Bears before ending his playing days with the New Orleans Saints in 2010. He is the father of current Seattle Seahawks and former Ole Miss wide receiver DK Metcalf.

The 2023 Coahoma Community College football schedule will be released in June.