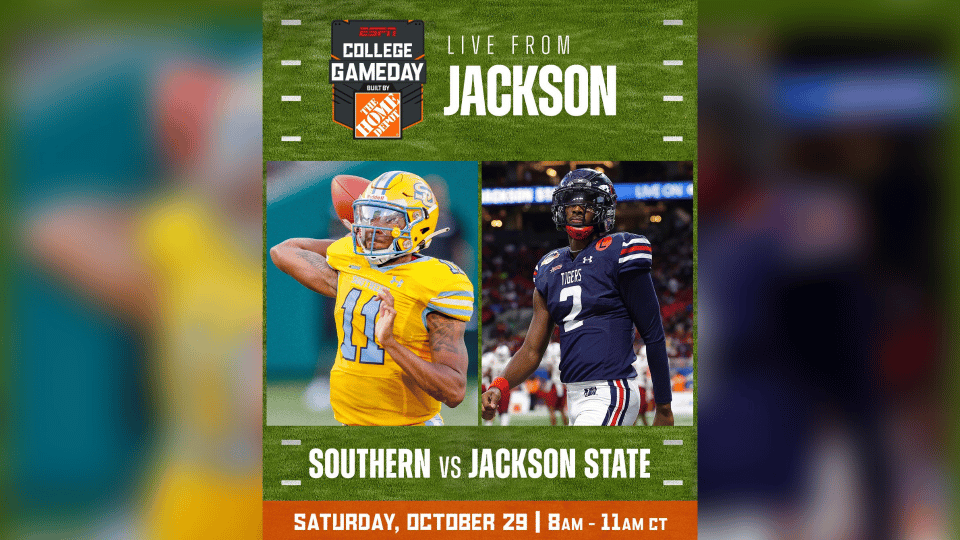 It’s no secret that Jackson State head football coach Deion Sanders has captivated the attention of the national media. That’s even more evident now with the announcement that ESPN’s College GameDay will be setting up stage in Mississippi’s capital city on Saturday, October 29.

College football’s most popular Saturday morning preview show will take place before a 1 p.m. battle between one of the most historic rivalries in HBCU football — Jackson State (7-0) versus Southern University (5-2).

Jackson State has become a focal point of national media as 60 Minutes and Good Morning America have both made recent appearances due to the success Coach Prime has had in a city that’s faced its fair share of adversity as a result of the ongoing water crisis that continues to stir controversy.

During GameDay’s presentation, spectators can expect to be entertained by hosts Kirk Herbstreit, Desmond Howard, Rece Davis, Pat McAfee, and most notoriously, Lee Corso. The group will discuss upcoming college football games, give their predictions on those games, and who knows, maybe Lee Corso will pick JSU to beat Southern by donning the head of the Tigers’ mascot.