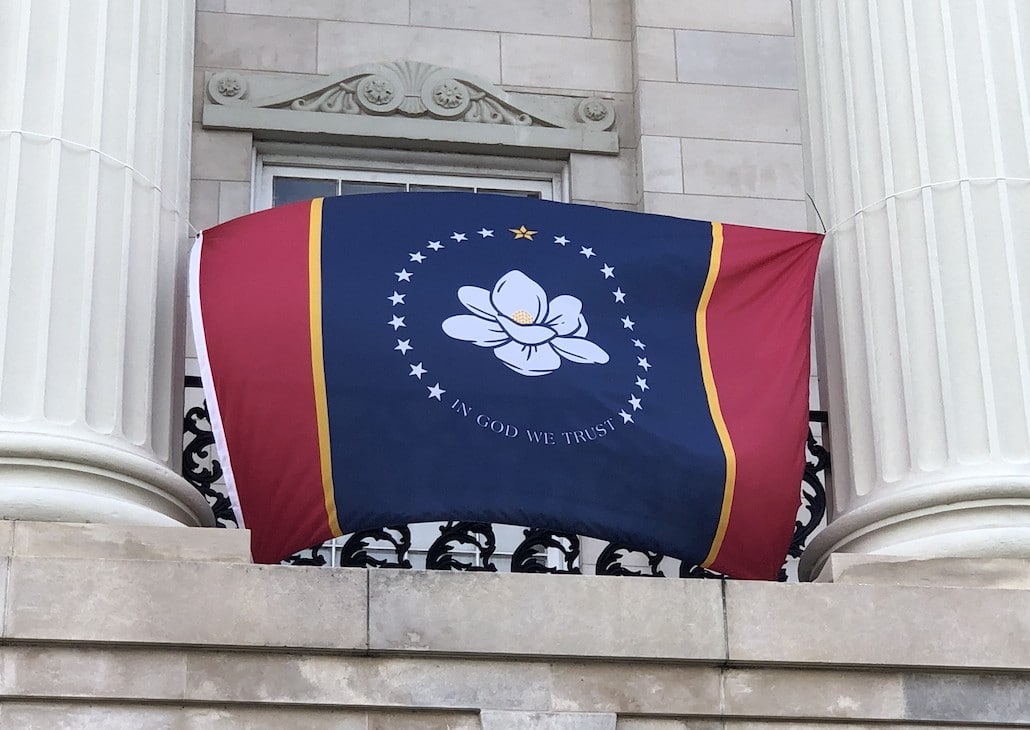 When the Mississippi Flag Commission first met back in July, they had over 3,000 submissions to review. Today, they have selected the “New Magnolia Flag” as the proposed new state flag for Mississippi following the removal of the now-retired banner that had flown above the state since 1894.

The nine-member commission voted 8-1 to select the proposed design, which also won the non-binding public poll by a wide margin, over the “Great River Flag.” 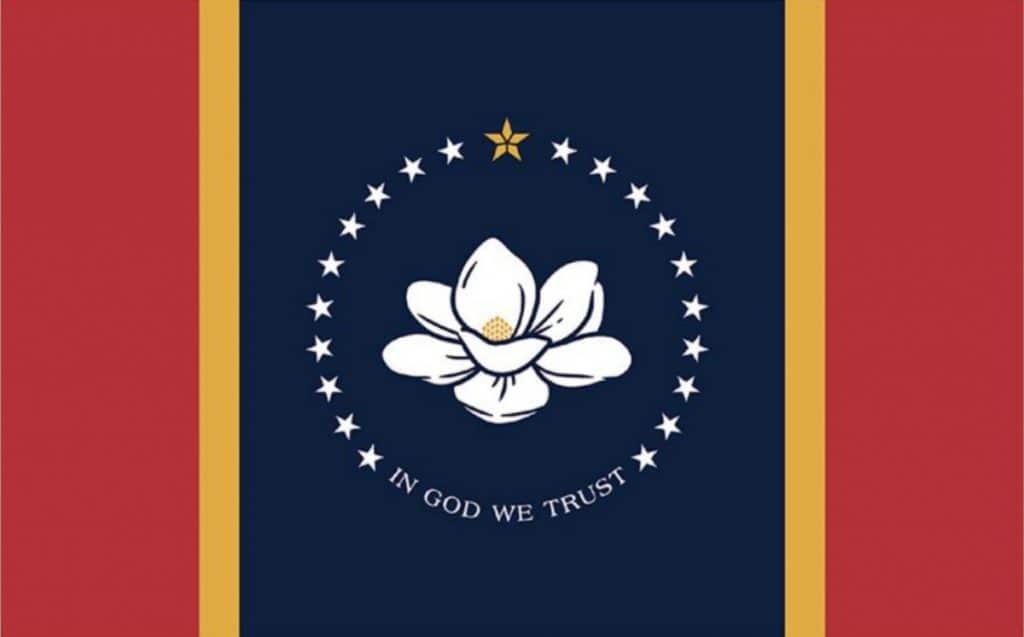 The flag, originally designed by Kara Giles, Sue Anna Joe, and Rocky Vaughan with tweaks made by vexillologist Clay Moss, was created “to represent the forward progression of Mississippi” with the magnolia symbolizing the “state and the hospitality of our citizens.”

*A few changes, including a bolded font and slight change to the gold/yellow stripes, will be made.

The proposed design will now be submitted to the Secretary of State’s Office before being placed on the November 3rd ballot for Mississippians to vote upon.

Commission Chairman Rueben Anderson, the first African-American judge to serve on the state’s Supreme Court, concluded the meeting by commending the effort put forth by the other eight members and explaining that today’s action will help to move Mississippi forward.

“We’ll be on the bottom all of my lifetime, but my children & grandchildren will see us ascend, and it will happen because of what you have done to bring this great object to the people of Mississippi to vote on,” he said.

Prior to the final vote, the commission adopted a resolution to refer to the selected flag as the “In God We Trust Flag.” Oxford Mayor Robyn Tannehill suggested that a scientific poll be conducted to get the pulse of Mississippi voters, but the fast-approaching deadline from the Secretary of State’s Office didn’t allow for it.

Tannehill explained that it would’ve been “another tool in their toolbox,” and that she has gotten a large amount of positive feedback on the design.

A more detailed description of the design from the Department of Archives and History can be seen below:

The design is seven years in the making as Vaughan grew tired of seeing the old flag cause division across the state and decided to sketch the original proposal while he was at the hospital following the birth of his daughter.

The “Great River Flag” attracted many supporters over the past few weeks, and its designer, Micah Whitson, posted his thanks on Facebook along with a message encouraging Mississippians to adopt the proposed flag.

If the proposal does not receive a majority of the vote, the commission will reconvene and select a new design ahead of a 2021 election.

Over 700 new cases of COVID-19 reported in Mississippi