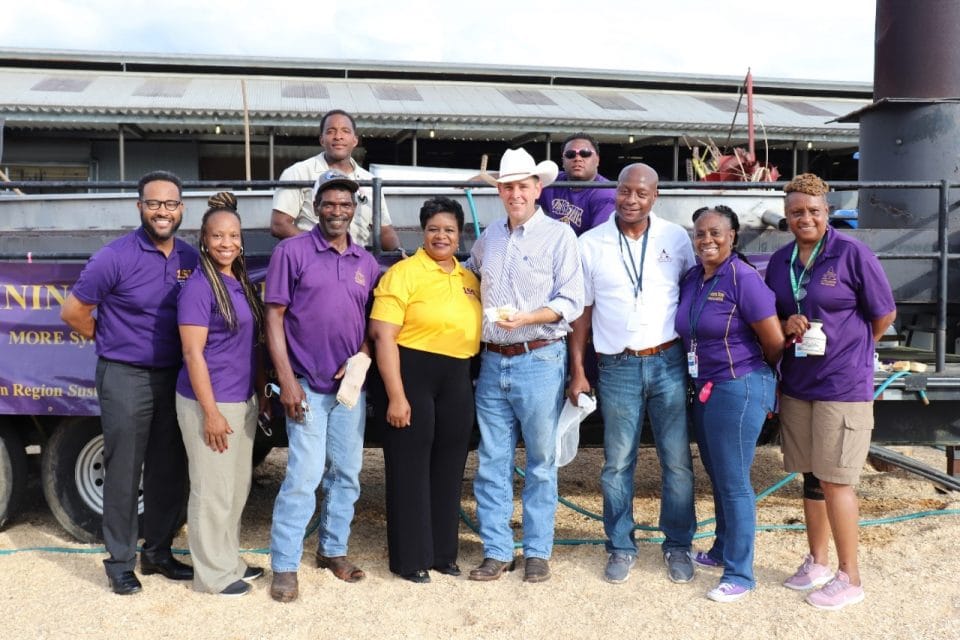 “Alcorn State Extension has been a staple here at the fairgrounds, and a partner with the Mississippi Department of Agriculture and Commerce (MDAC), for years,” said Commissioner Gipson. “This partnership dates back to 1994, when Alcorn State started with two mules as part of their working exhibit that created hot, fresh cane syrup. Today, the Alcorn State booth includes a similar, but more modern exhibit with a mobile syrup processing unit. The syrup they make goes hand in hand with the buttermilk biscuits provided by MDAC’s famous Biscuit Booth.”

Alcorn State Extension’s display boasts of the only sugar cane harvester of its kind in the United States. The booth was located next to MDAC’s Biscuit Booth along the Midway at the Mississippi State Fairgrounds. A related sugar cane exhibit and mule were next to the Alcorn exhibit inside the State Fair’s Mississippi Frontier Village.

In 2021, a seat on the Mississippi State Fairgrounds Advisory Council was added to represent Alcorn State University. And in recognition of Alcorn’s 150th anniversary and as the nation’s oldest public historically Black land-grant institution, MDAC’s 2021 regulatory inspection stickers used across the state from fuel pumps to scales featured the purple and gold colors of Alcorn State University.