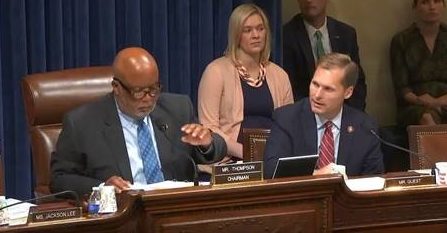 Congressman Michael Guest (MS-03) stood in for Ranking Member Mike Rogers (AL-03) during the Committee on Homeland Security Hearing on Assessing FEMA’s Readiness for Future Disasters. Chairman Bennie Thompson (MS-02) presided over the hearing with Congressman Guest representing the Republicans on the committee.

In his opening statement, Congressman Guest cited Mississippi’s recent tornadoes and ongoing flooding issues and said disaster preparedness is a crucial piece of FEMA’s mission to protect Americans from disaster.

As a Mississippian, I share a state with the Chairman that is prone to natural disasters and am familiar with how devastating hurricanes, tornadoes, and flooding can be. In fact, as recently as Monday, Mississippi Governor Phil Bryant requested a major disaster declaration for the State of Mississippi for severe storms, flooding, and tornadoes that hit our state in April. This request marked the third major disaster declaration inquiry from Governor Bryant since February of this year. In each of these disasters, first responders and community officials worked hand-in-hand with FEMA on response and recovery efforts.

In the hearing, FEMA representatives discussed a lack of resources and employees to adequately respond to natural disasters in the coming year.