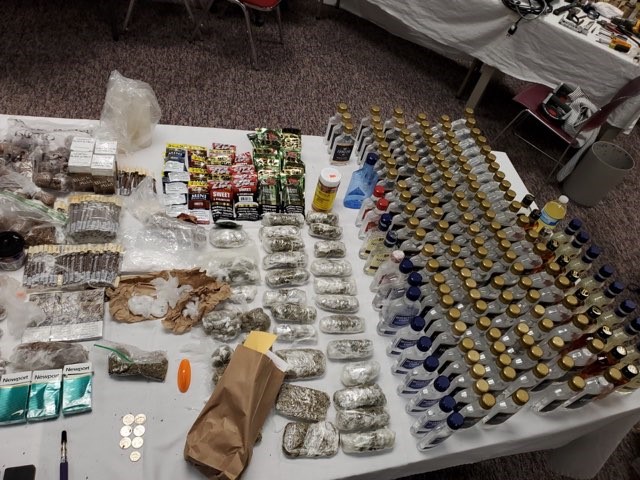 In an effort to rid Mississippi prisons of gang-related financial control, a search team of prison staff and investigators raided Unit 26 at Mississippi State Penitentiary at Parchman last week.

A horde of illegal contraband from cellphones to power tools was confiscated.  The illegal cache ranged from X-Box controllers to several pounds of tobacco and marijuana to some 200 bottles of liquor.  Officers even found a concrete power drill and a food blender.

“We’re disrupting the gang’s retail networks,” said MDOC Commissioner Burl Cain, “and thus diminishing the power they’ve held for years. Gang leaders force other inmates to beg their families for money that they then give to the gangs. We’re shutting down that practice, installing new technology hardware and software to track every move, and we’re revoking all accumulated good time for gang members as per Parole Board guidelines. Gang members will serve their full sentences and longer if they continue illegal activities.”

Chief MDOC Investigator John Hunt explained, “With technology, tracking inmate financial movements gets easier by the day.  We are closing in on their networks outside as well.”

Commissioner Cain says Parchman’s Unit 26 raid is only the beginning not only for gangs, but also for any staff contributing to the contraband flow. “We are getting information about suspected staff and we intend to arrest and prosecute them,” Commissioner Cain said. “If they are assisting in bringing in contraband, we will see that they are prosecuted on trafficking charges in accordance with the law so they will face more prison time. No sentence is too long for them because they are fighting against the rest of us by enabling gangs to murder, kill, extort, and cause community deterioration.”

Today is National Voter Registration Day! Are you registered?