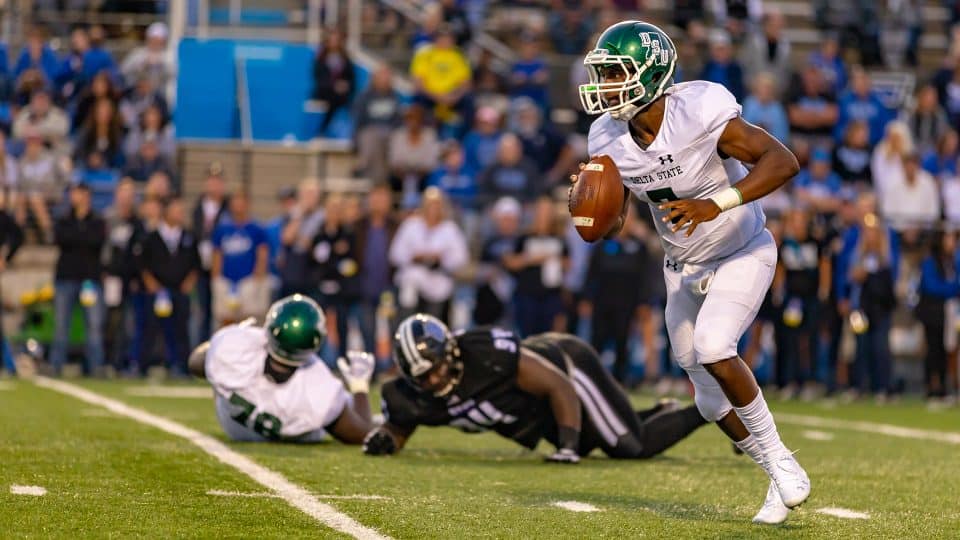 Head coach Todd Cooley was voted GSC Coach of the Year after leading the Statesmen to a 10-1 regular season record and their first conference championship since 2014. It’s the third time Cooley has won the award (2013, 2014, 2022), making him one of just six coaches to receive the honor three or more times.

DSU quarterback Patrick Shegog became the first Statesman to win Offensive Player of the Year since Micah Davis did it in 2011. Shegog, a graduate student out of Batesville, finished the regular season atop the conference in both passing touchdowns (21) and completion percentage (65.6) to go along with 2,480 passing yards. The 2018 GSC Freshman of the Year also tacked on 656 rushing yards and 13 touchdowns.

The Statesmen will open up round one of the Division II playoffs on Saturday against Fayetteville State. Kickoff is set for 1 p.m. CT at McCool Stadium in Cleveland.