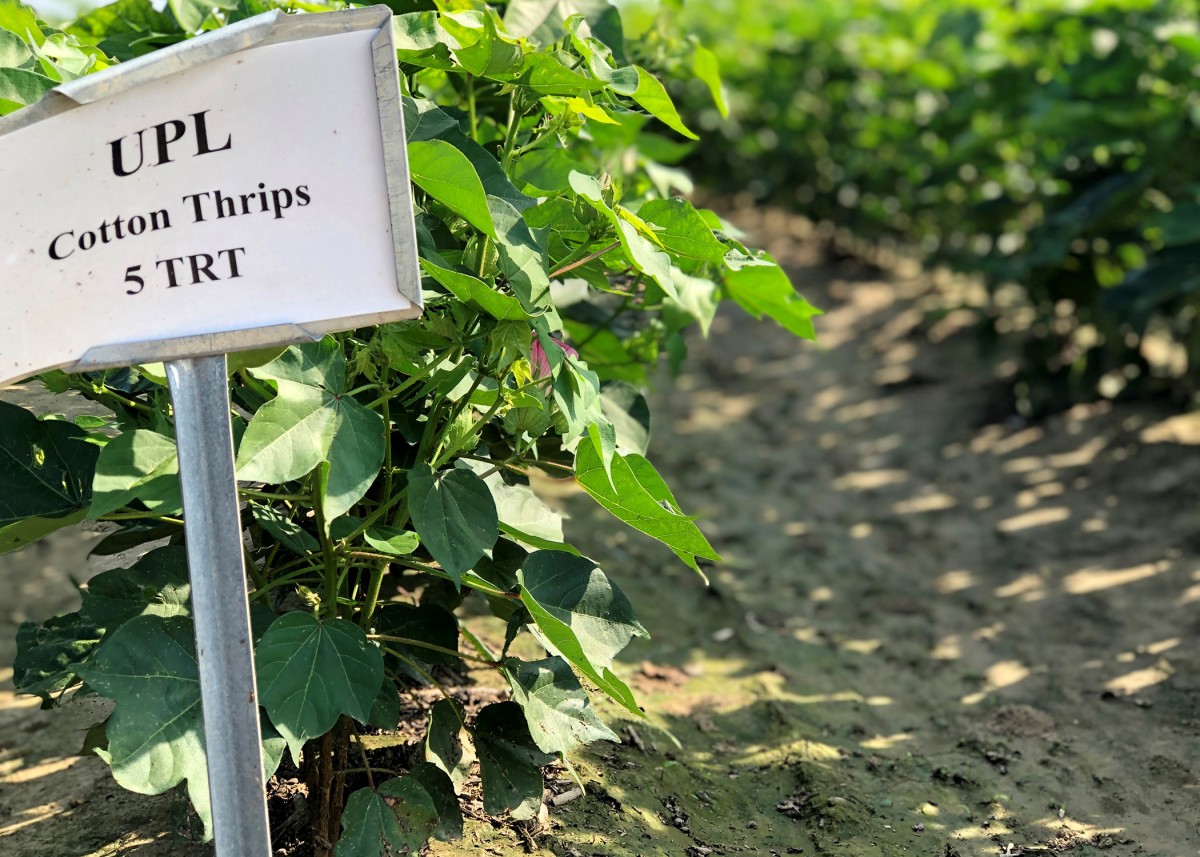 All of Mississippi’s 2019 cotton crop has emerged, but it’s off to a slow start. Of approximately 700,000 acres of cotton planted statewide this year, 57% is rated fair or worse by the U.S. Department of Agriculture as of July 8.

The crop’s delayed progress is a familiar refrain among Mississippi farmers this year: Wet weather significantly delayed planting. In addition, more cotton was replanted than usual due to excessive moisture and resultant poor stands.

Darrin Dodds, Mississippi State University Extension Service cotton agronomist and head of the MSU Department of Plant and Soil Sciences, estimated that flooding reduced cotton acreage by up to 10%.

“The most prominent aspect of 2019 is how challenging it has been for all crops,” said Dodds. “The challenges started last fall with the rain and continued into May of this year. This resulted in fields with ruts, excessive weed growth, delayed tillage work and lost time in the spring. If conditions do not improve, this growing season could be very detrimental to our growers.”

Despite the grim outlook, there still exists a possibility that overall cotton production can end up higher than last year since the planted acreage exceeds last year’s 620,000 acres.

“Planting weather was extremely challenging, but yield potential exceeding overall production from last season remains, depending on how the rest of the year progresses,” Dodds said. “We will need the weather to cooperate and for August to last about 60 days.”

Some growers were able to plant in late April and early May, but wet weather kept most of the crop from being planted until after May 20.

“While this is late relatively speaking, in 2013 we planted a large portion of our crop after May 20, and our state average yield was 1,203 pounds per acre,” said Dodds.

Cotton growers will likely be dealing with tight margins in addition to the weather-related issues they have already faced. MSU Extension agricultural economist Josh Maples said December 2019 cotton futures are trading around 66 cents per pound, which is 22 cents lower than last year. The current south Delta cash price is around 62 cents per pound.

“Profits will depend on the production practices used and what the average yield per acre ends up being, but the margins look tight using current futures prices,” Maples said. “The 2018 average yield was around 1,140 pounds per acre in Mississippi. Using the futures price of 66 cents, that puts most cotton production systems just above breakeven using the MSU budgets. Lower yield than 2018 or any further decline in price could push the per-acre returns negative.”

High demand for cotton has not changed; USDA cotton use projections are about 2 million bales higher than a year ago. But an ongoing trade war between the U.S. and China has added uncertainty to the cotton market. Last year, President Donald Trump announced plans to increase tariffs on Chinese imports by 25%. After the increase went in effect in July 2018, China responded with a 25% tariff increase on U.S. goods, including cotton fiber.

“The uncertainty centers around if and when a trade deal will be struck and the impact it will have on exports of U.S. cotton to China,” said Maples. “This is significant because the U.S. is the largest exporter of cotton and China is the largest importer.”