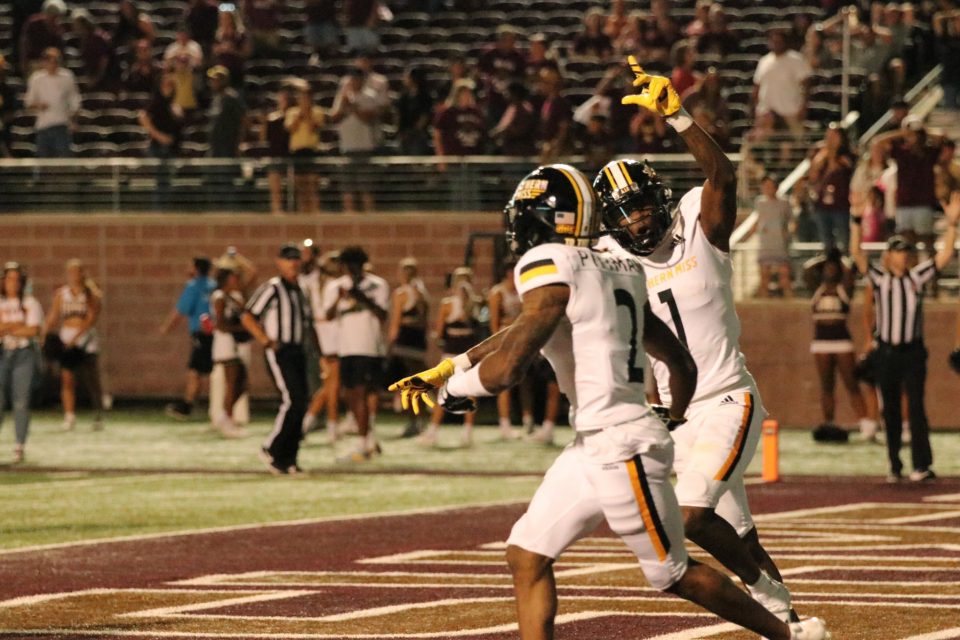 Southern Miss found its fourth win of the season on Saturday night, defeating Texas State by a score of 20-14.

In what was a crazy ending, the Bobcats scored a 74-yard touchdown with 1:21 remaining to take a 14-13 lead. Just 49 seconds later, Southern Miss quarterback Zach Wilcke connected with Chandler Pittman on a 53-yard go-ahead touchdown.

The Golden Eagles defense, who allowed -6 rushing yards on the day, put up one last stop and Southern Miss left San Marcos with the team’s second conference win as a member of the Sun Belt.

Wilcke finished the day 18 of 25 passing for 187 yards with one touchdown and two interceptions while Frank Gore Jr. added 91 yards on the ground.

Next up for the Golden Eagles will be a Thursday night game against Louisiana Tech. Kickoff is slated for 6:30 p.m. CT and will be aired on ESPN2.