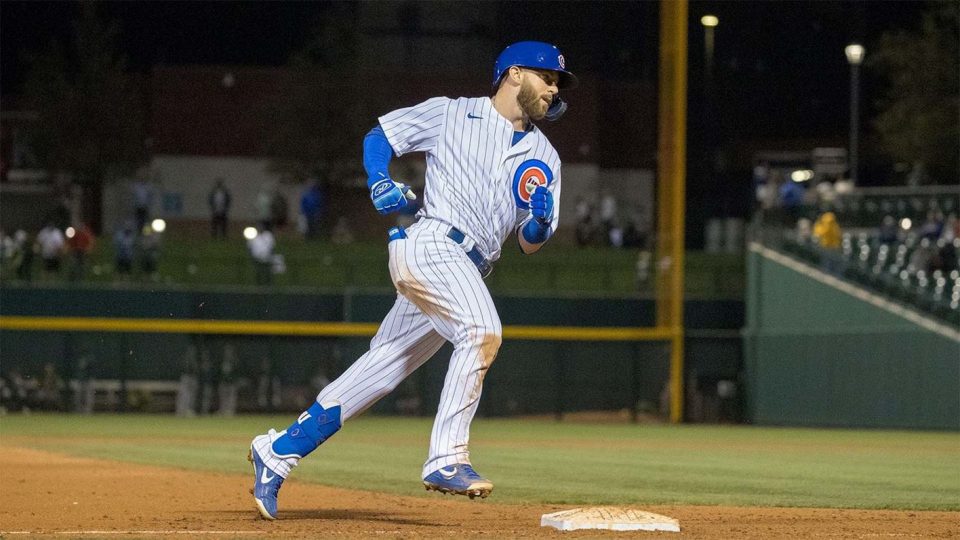 Giambrone, a 25th round draft pick in 2016, promptly drove the first MLB pitch he saw into left field against Pittsburgh on Wednesday night for his first career hit in The Show.

Defensively, Giambrone has primarily played second baseman both in 2021 and throughout his minor league career. He saw brief spells at third base, shortstop, and in the outfield this season, but he was deployed all over the field on a consistent basis back in 2019, as he logged between 103 and 334 innings at six different positions.

The Metairie, La., native played for the Statesmen 2015-2016 after transferring from Jones College. Giambrone won the 2016 ABCA/Rawlings Defensive Player of the Year honor. He was also awarded the ABCA/Rawlings Gold Glove award for his work at second base.