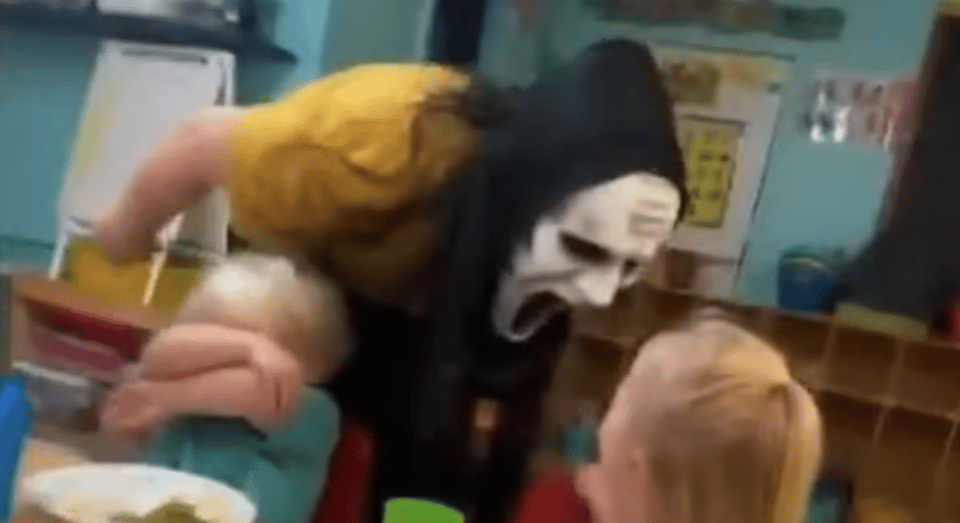 A video that’s now gone viral of North Mississippi daycare workers scaring children with a Halloween mask has resulted in the firing of the employees involved.

In a Facebook post that is no longer available, Lil Blessings’ Child Care & Learning Center in Hamilton announced that four employees have been fired and the situation is being investigated by both the Mississippi State Department of Health and the Monroe County Sheriff’s Office.

The video, which can be watched below, shows a masked employee going from classroom to classroom and yelling at the “bad” children. Children can be seen running, screaming, crying, and hiding as a result of the torture.

The worker behind the camera has since spoken out, claiming on Facebook that she videoed the whole thing as proof.

“A couple of weeks ago some girls at the daycare bought Halloween masks to scare the kids, they did it and I never got it on video,” Jennifer Kayla Newman wrote. “The kids were terrified but I knew if I told the owner, it would be a slap on the wrist for them as I’ve complained about other things in the past and nothing ever got done. So, when I heard she was going to do it again, I recorded to get the proof and then the video was sent to parents to show them how their child was being treated.”

As of Tuesday morning, none of the employees were facing charges but that could change.

Your Mississippi forecast for Tuesday, October 11