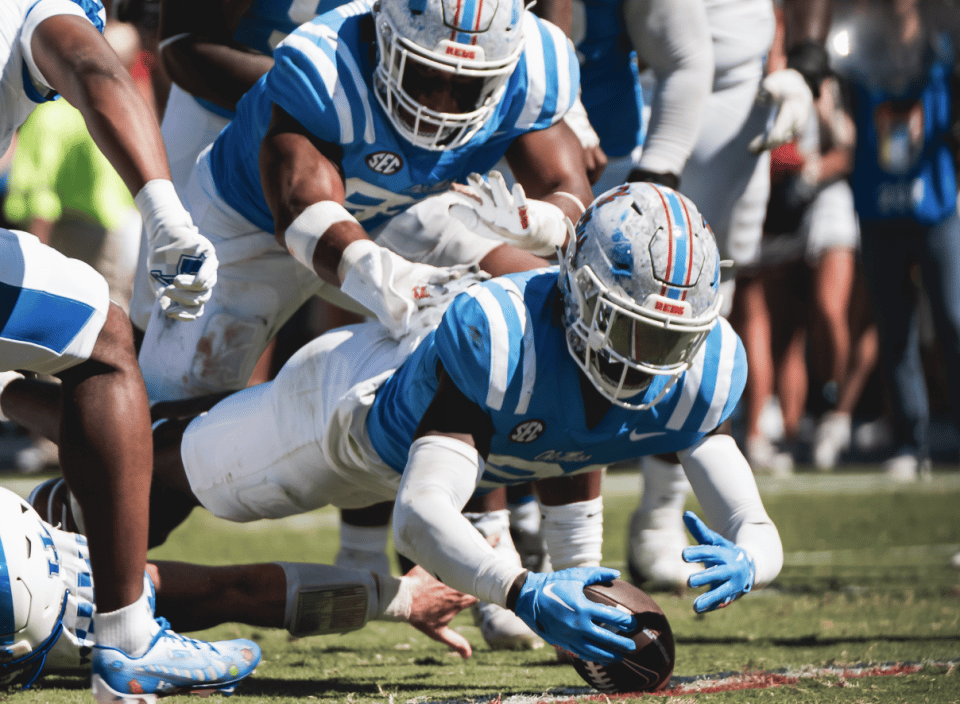 Thanks to a penalty on what would have been a game-winning touchdown for No. 7 Kentucky and a forced fumble on the very next play, the No. 14 Ole Miss Rebels walked off the field at Vaught-Hemingway Stadium on Saturday with the team’s first 5-0 start since 2014.

With the Rebels clinging to a 22-19 lead after a 26-yard field goal from Jonathan Cruz late in the third quarter, it was the Rebel defense that stepped up when needed most.

A Kentucky drive that began with 10 minutes to play in the fourth quarter ended 11 plays later when Austin Keys forced Will Levis to fumble at the 21.

The Wildcat defense then intercepted Jaxson Dart with 1:49 left to play, creating one last opportunity to avoid the upset. A 51-yard pass from Levis to Barrion Brown moved Kentucky to the 7. After a touchdown-nullifying illegal motion penalty, the Rebel defense — this time Jared Ivey — forced another fumble, securing the victory.

Overall, Ole Miss outgained the Wildcats 399 yards to 328. Dart finished 15 of 29 for 213 yards with an interception. Quinshon Judkins had his third 100-yard rushing game in just five collegiate contests, carrying the ball 15 times for 106 yards and a touchdown.

Malik Heath led the Rebels in the receiving department with six catches for 100 yards. Defensively, Troy Brown and AJ Finley were credited with nine tackles each. Finley had six solo stops.

Next up for Ole Miss is the team’s first SEC road game of the year at Vanderbilt.