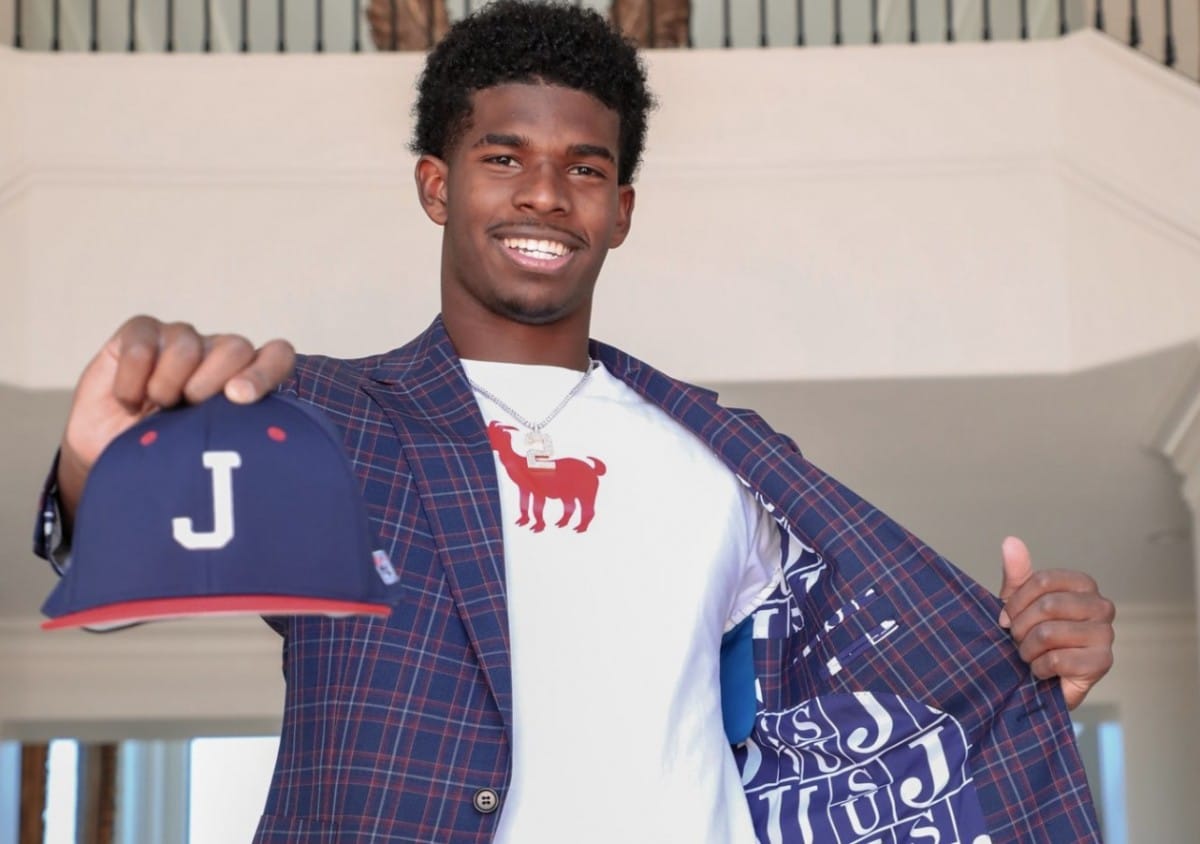 Deion Sanders has landed his first high-profile recruit as the head coach at Jackson State, and he didn’t have to look far to do so.

Sanders’ son, Shedeur, announced on Twitter that he has decided to flip his commitment from FAU to JSU.

The move didn’t come as too much of a surprise. Just days after Deion was officially introduced as the new head coach at JSU, Shedeur received an offer from the Tigers.

The father-son duo has already teamed up on the gridiron as ‘Coach Prime’ currently serves as the offensive coordinator for his son’s high school, Trinity Christian in Texas. In three seasons, Sanders has thrown for nearly 9,000 yards and 123 touchdowns while leading the team to two state titles.

Ranked as a 4-star prospect in the class of 2021 by 24/7 Sports, the 6’1, 200-pound QB chose his dad’s program over offers from Alabama, Florida, Georgia and countless other blue-chip programs.