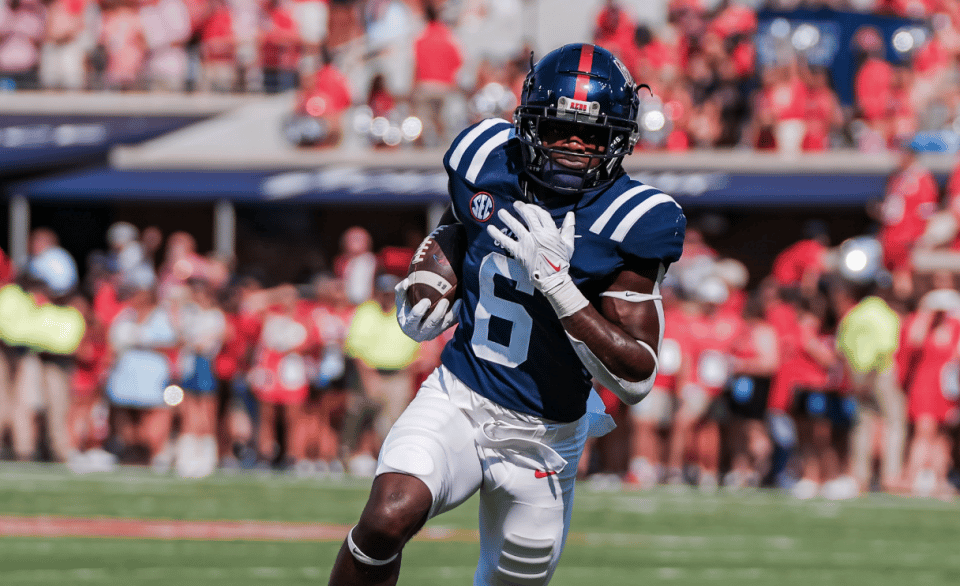 Even though No. 16 Ole Miss came away with a 35-27 win over Tulsa on Saturday, head coach Lane Kiffin said after the game that it didn’t feel like a victory for his team.

“You would not have thought we won the game in the locker room,” Kiffin told reporters.

Following a touchdown from running back Zach Evans on the Rebels’ first possession, it quickly became apparent that Tulsa (2-2) was the first true test Ole Miss (4-0) had faced all season. By the end of the first quarter, the Golden Hurricane were up 14-7 and had held Rebels quarterback Jaxson Dart to just 19 yards on 3 of 6 passing.

Both the offense and defense for Ole Miss stabilized in the second quarter, outscoring Tulsa 28-3. Going into halftime, the Rebels were up 35-17, a lead that would not be safe in the second half.

“It would have been good to have this (press conference) at halftime,” Kiffin said.

Led by backup quarterback Braylon Braxton and a stout defense that held the Rebels scoreless over the last 30 minutes of play, the Golden Hurricane pulled within one possession in the fourth quarter. The Rebel defense then stepped up for the first time since the second quarter and stopped Tulsa on their final three drives, securing the win for Ole Miss.

“The defense stopped them on the last few drives and that was big,” Kiffin said. “But we got shut out in the second half on offense, and it’s clear we’ve got a lot of work to do.”

Dart finished the day 13 of 24 passing with 154 yards, adding 116 yards on the ground. True freshman Quinshon Judkins rushed for 140 yards and two touchdowns – the second 100-yard game of his young career.

Ole Miss will open Southeastern Conference play next Saturday against No. 8 Kentucky.