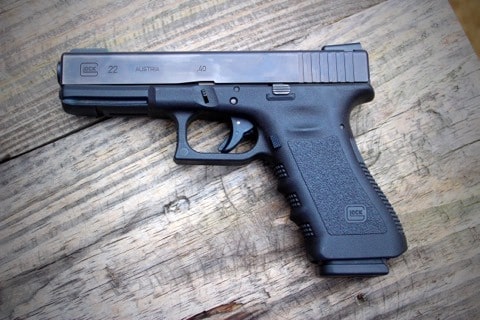 Information provided by the U.S. Attorney’s office in North Mississippi

A total of eight individuals are behind bars following their arrest by federal, state and local law enforcement officers on federal drug trafficking and weapons charges in North East Mississippi. The FBI together with the Bureau of Alcohol, Tobacco, Firearms and Explosives, U.S. Attorney’s Office and Tupelo Police Department announced that the arrests were made on Tuesday and Wednesday following an extensive multi-year, multi-agency investigation.

The eight individuals currently in custody on federal drug trafficking charges include:

Judge Roy Percy ordered that Mairidith be detained without bond pending trial. Jones and Gonzalez are scheduled to make their first appearance on the federal indictment on August 19. The remaining subjects are scheduled to appear on the indictment before a United States Magistrate Judge in the Northern District on Mississippi later this week. In addition, law enforcement officials indicated today that they expect additional arrests in this case in the near future.

Following the arrests, Tupelo Police Chief Bart Aguirre emphasized the importance of this investigation and praised the joint law enforcement efforts. “The combination of illegal narcotics and illegal weapons leads to violence in our communities. Tupelo Police Officers are constantly working to break this cycle of violence and a key part of our strategy is targeting these dealers who prey on our citizens,” remarked Aguirre. “I am proud of the men and women of our department who put themselves at risk on a daily basis pursuing individuals who engage in narcotics and weapons-related crimes. We at TPD are also honored to work with other partner agencies at the local, state and federal level. It is only through these partnerships that we can be successful.”

Like Chief Aguirre, representatives from ATF reiterated their agency’s commitment to apprehending armed individuals who commit crimes in North Mississippi. “ATF, along with our federal, state, and local law enforcement partners will continue to focus our efforts on removing armed violent criminals from our streets,” said ATF New Orleans Field Division Assistant Special Agent in Charge William McCrary. “ATF and our partners remain committed to pursuing and bringing to justice those who seek to disrupt communities and harm law-abiding citizens.”

The FBI likewise indicated its commitment to coordinated efforts like the instant one. FBI Special Agent in Charge Michelle A. Sutphin remarked: “The FBI’s commitment to our law enforcement partnerships and to the community continues to be at the forefront of our mission to keep our neighborhoods safe.”

U.S. Attorney William C. Lamar praised all of the agencies involved in the operation and the law enforcement initiatives that helped make this joint investigation possible. “As a part of Project Safe Neighborhoods and the OCDETF program, we are working closely with local, state and federal partners to apprehend violent armed offenders and to ensure that our communities and streets are safer. We are committed to doing everything in our power to facilitate joint investigations and enforcement efforts like the one in this case so that those who choose to deal drugs or victimize others will be held accountable for their actions.”

The case is being prosecuted by AUSA Chad Doleac.

All charges are merely an accusation, and all defendants are presumed innocent until proven guilty beyond a reasonable doubt in a court of law.