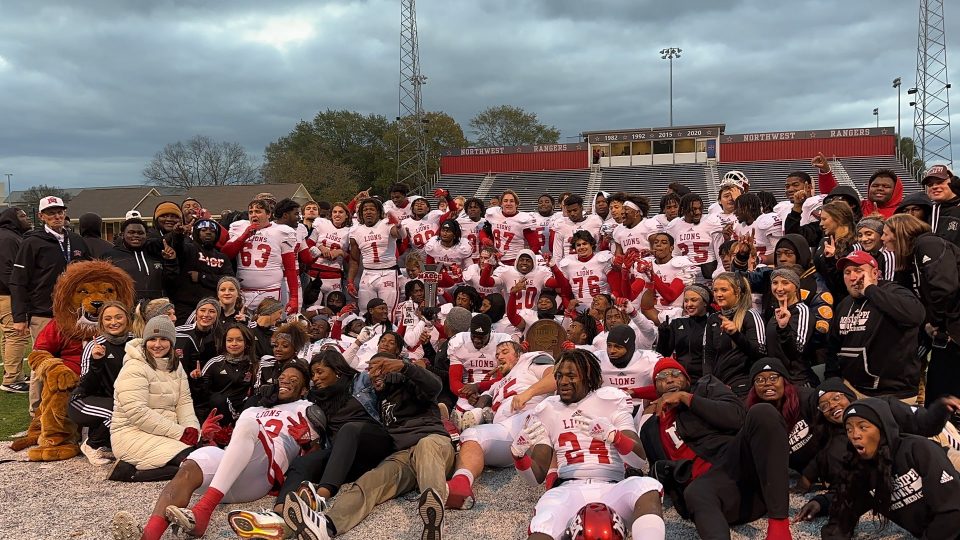 No. 12 EMCC, a longtime JUCO football powerhouse that rose to national stardom through two seasons of Netflix’s “Last Chance U,” pulled off the 36-28 upset over No. 2 Northwest Mississippi Community College in Saturday’s MACCC Football Championship.

The Lions, who never trailed during the contest, jumped out to a quick 20-0 lead after two field goals from Cole Arthur, a pick-six by Rodney Gross, Jr., and a 28-yard scoring run by Mike McGowan.

The Rangers cut the score to 20-7 going into halftime after a 3-yard touchdown pass from Ren Hefley to D.T. Sheffield.

Coming out of the locker room, EMCC forced a three-and-out and proceeded to take advantage of two costly Ranger penalties in reclaiming their largest lead of the game with a 34-yard touchdown pass from Eli Anderson to Duke Miller.

NWCC answered with a 65-yard drive capped off by a 9-yard touchdown pass from Hefley to E. Jai Mason, making the score 27-14. Another field goal from Arthur would extend EMCC’s lead to 16.

With the fourth quarter in sight, the Rangers began to gain some momentum, quickly driving down the field with Hefley connecting with Sheffield once again, this time for a 29-yard score. The two-point conversion was successful and NWCC had pulled within eight.

The Rangers forced a three-and-out to begin the fourth quarter, subsequently marching down the field on an 8-play, 60-yard scoring drive to make it a two-point game on Jamarien Bracey’s 2-yard touchdown run.

In what was arguably the play of the game, EMCC’s Reggie Neely picked off the Ranger’s attempt to tie the game on a two-point conversion. Another touchdown from the offense would seal the 36-28 victory, giving the Lions their first state championship since 2018.