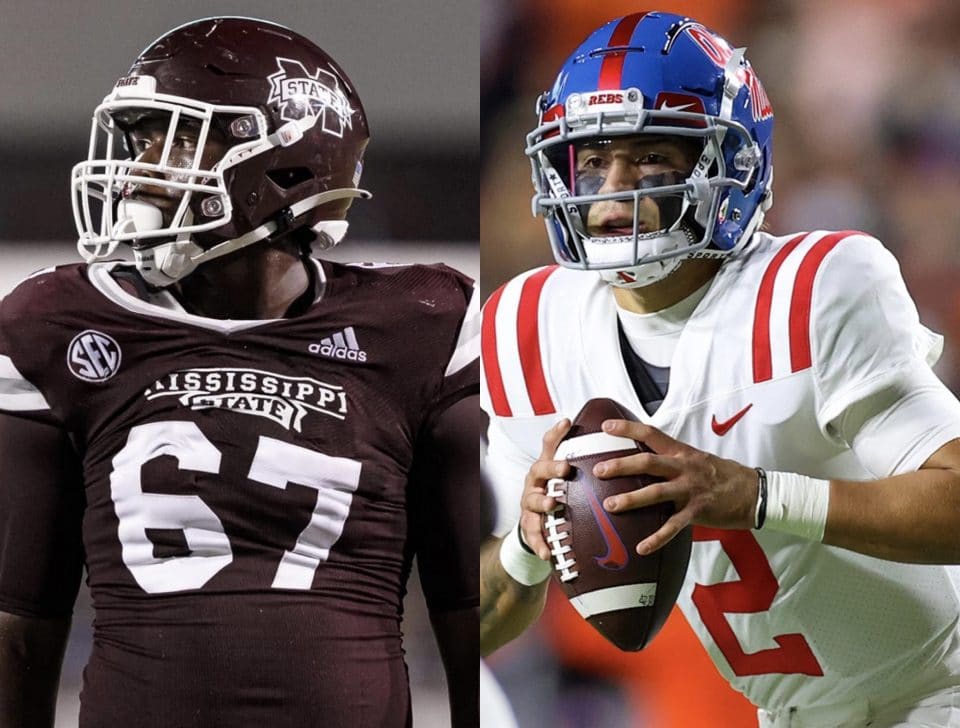 With the NFL Draft being just two weeks away, ESPN’s Mel Kiper, Jr. has released his annual two-round mock draft.

Kiper, along with Todd McShay, is considered a lightning rod when it comes to mock drafts. And he’s sure to catch some criticism from Ole Miss fans after his latest projections.

Before we get to that part, let’s take a look at where the longtime analyst has Mississippi State offensive lineman Charles Cross going.

According to Kiper, Cross will be the third offensive tackle selected when the Houston Texans take the first-team All-American with the 13th overall pick.

“I am going to stick to my board here, and since my top 11 prospects have all been picked (plus Malik Willis), I’ll move on to No. 12,” Kiper wrote. “Cross is a superb pass-blocker who needs some refinement in the run game — because he just didn’t get the reps to do so while playing for Mike Leach. If the Texans are going to give Davis Mills the 2022 season to prove he’s their guy at quarterback, Mills needs a better right tackle. That could be Cross.”

The 6-foot-5 310 pounder did not give up a single sack all season in Leach’s pass-heavy offense.

Regarding Matt Corral, Kiper has the Rebels’ All-SEC quarterback falling out of the first round and all the way down to the 49th pick, which is held by the New Orleans Saints. At the beginning of March, Kiper had Corral going to the Detroit Lions at pick 32.

“Corral is a tough evaluation,” Kiper wrote. “He wants to play like Josh Allen but doesn’t have the size — he’s only 6-foot-2. He was the only player in the country last season with 3,300-plus passing yards and 500-plus rushing yards. Will he be able to consistently make every throw in the NFL? That’s why I think he’s a safer bet on Day 2. He would make a lot of sense in New Orleans, where he could get an evaluation year behind Jameis Winston.”

Corral was enjoying a stellar season with 3,963 total yards and 31 touchdowns before going down in the 2022 Sugar Bowl with a high ankle sprain.

The NFL Draft is set to be held from April 28-30 in Paradise, Nevada.