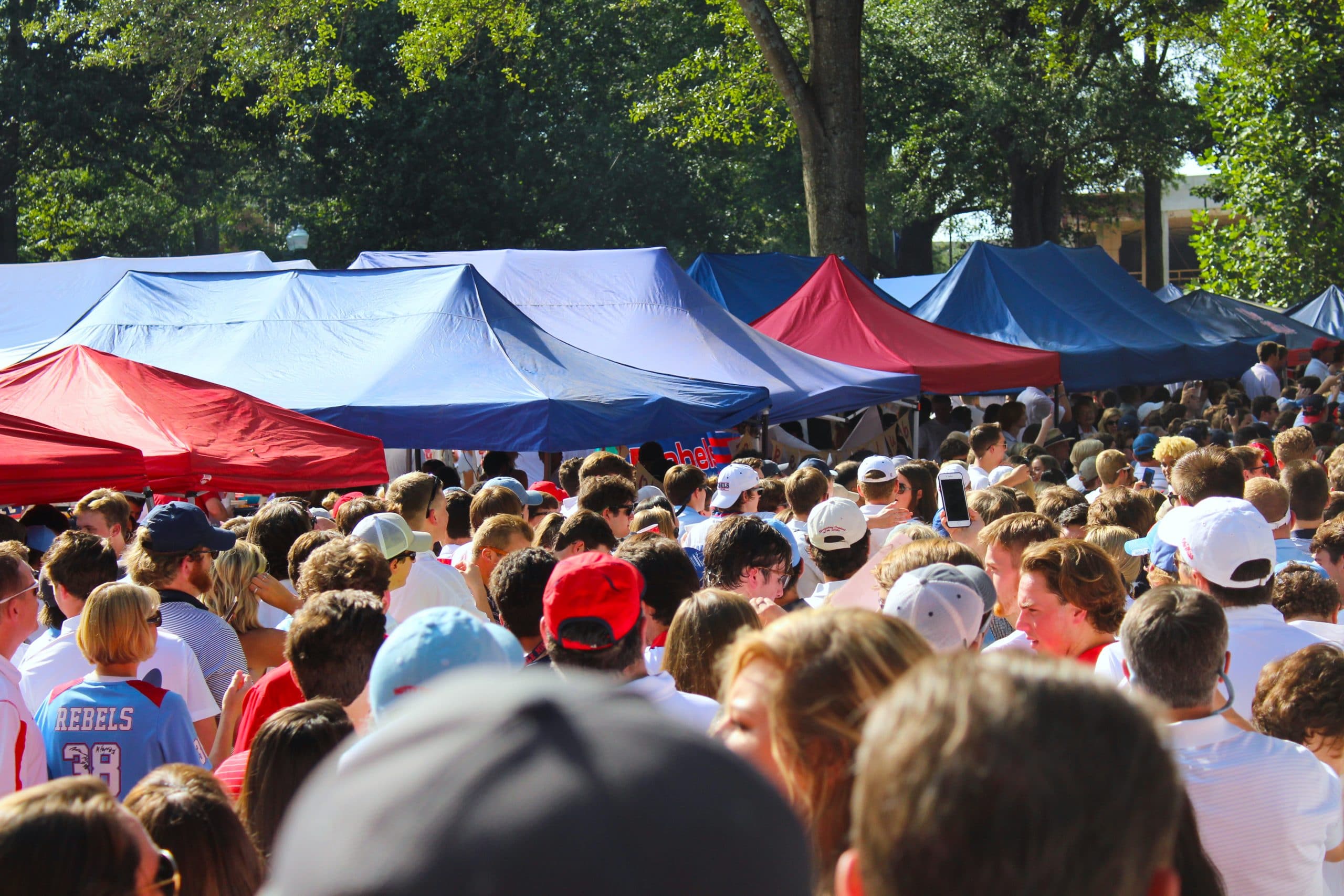 The Grove at Ole Miss. Photo courtesy of Telesouth Communications.

Between the tailgating experience in the Grove, the food on the Square and the passion for football, ESPN has named Oxford, Mississippi as the top college town in America.

With the 2021 season just weeks away, ESPN aired its ‘College Football Live Special’ last night and provided power rankings for the best uniforms, traditions, players etc. in the country with Oxford taking the top spot in the college town category.

What’s your No. 1 college town? 👀 pic.twitter.com/1dvU6fgPme

On the field, ESPN has Ole Miss at #24 in its preseason top 25—one of six (current) SEC teams in the rankings. A big reason why the Rebels are one of those six teams is the quarterback. Matt Corral returns to command the offense after leading the nation in total yards per game in 2020. Corral was also named as the third best returning quarterback in the country behind Oklahoma’s Spencer Rattler and North Carolina’s Sam Howell.

The Rebels’ 2021 season will begin in Atlanta on September 6th against Louisville in the Chick-Fil-A Kickoff Classic.

Pregnancy and COVID-19: “How many other mothers do we have to lose?”