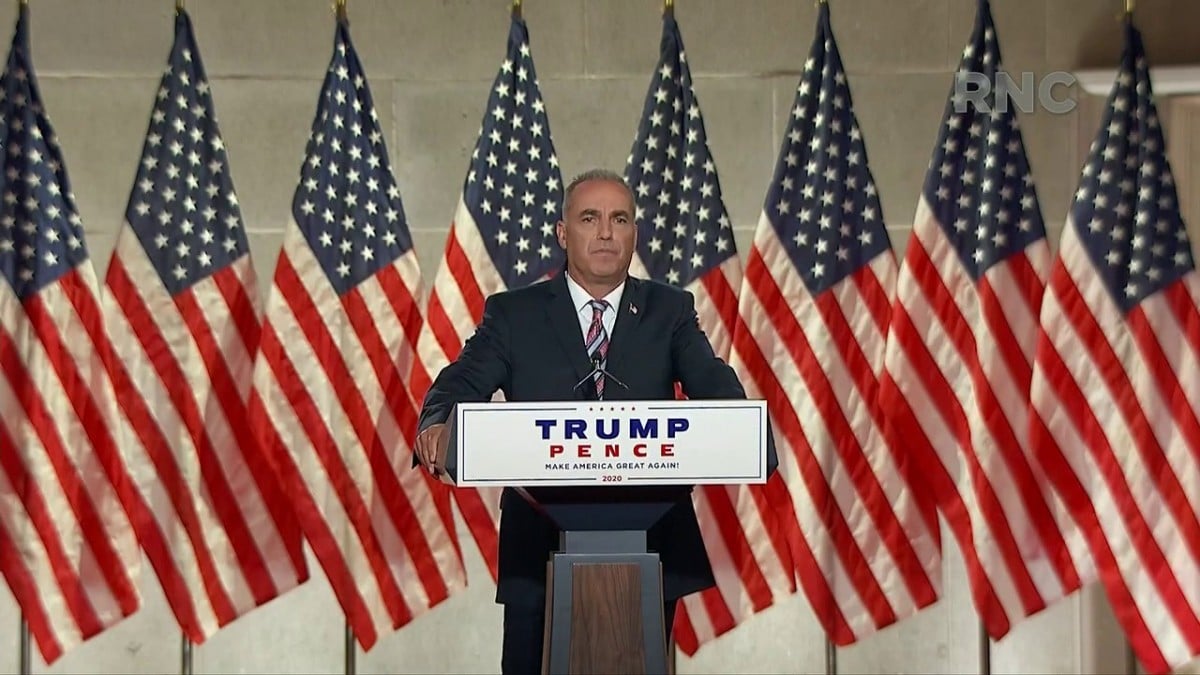 Monday evening was the first night of the Republican National Convention (RNC).

But, out of all the speakers, one of the most powerful and moving came from Andrew Pollack who is a school safety advocate.  Pollack’s daughter, Meadow Pollack, died in the 2018 school shooting in Parkland, Florida.

Pollack said the day the gunman walked into Marjory Stoneman Douglas High School, his life was forever changed.  “My name is Andrew Pollack.  His name (the gunman) isn’t worth saying.”

Pollack continued by describing the day of the shooting.  “One of the seniors walking in the hallway that day was my beautiful daughter, Meadow.  She was just months away from graduating and beginning a new life.  We were so proud of the woman she had become,” said Pollack.

Pollack’s heartwrenching account of the events on February 14th, 2018 continued.  “In the hallway, on that third floor, the gunman saw Meadow and shot her down the hallway, hitting her four times.  After she was shot and on the floor, she crawled over to another student, a freshman girl, to protect her.  She draped her body over her and then this scumbag gunman shot my daughter at point-blank range five more times, killing Meadow and the girl she was shielding.”

Pollack said, “She had her whole life ahead of her, and in that life, she could have done anything and been anything.  So many moments that I waited so long for, were taken from me.  I didn’t get to drop her off at college, I didn’t get to walk her down the aisle.  Every moment was taken from her, and for what?”

Pollack describes his meeting with the President in the video below from Fox News.

The convention continues tonight and will include appearances by First Lady Melania Trump, Secretary of State Mike Pompeo, Kentucky Senator Rand Paul, and others.