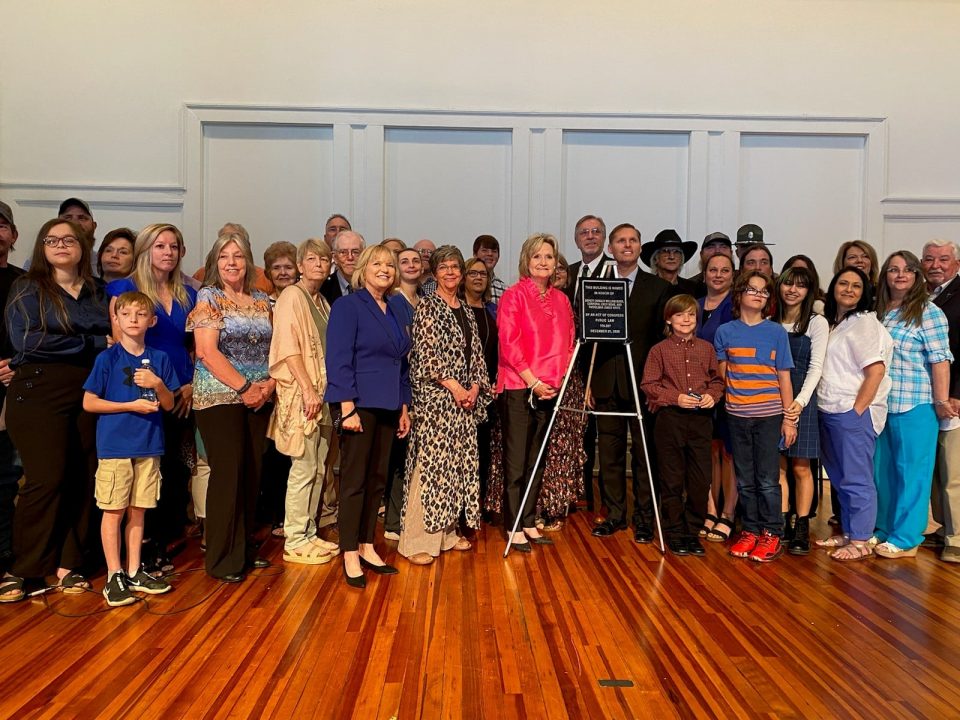 Hyde-Smith and Guest sponsored the legislation authorizing the post office designation.  Last December, then-President Donald Trump signed the bill into law.  The dedication ceremony included the unveiling of a commemorative plaque to be displayed at the post office at 201 West Cherokee Street, Brookhaven.

“In the years ahead, this post office – and part of Highway 51 – will serve as reminders of the brave service rendered by Deputy Durr, Corporal Moak, and Patrolman White,” Hyde-Smith said.  “I know I will think of them each time I see this building or drive on that highway.  I will think of their sacrifice and their families’ sacrifice.  And I hope that these reminders cause each of us to redouble our commitment to supporting our law enforcement heroes.”

“These men are American heroes, heroes who followed the creed and knowingly placed themselves in harm’s way, not for fame or money, but because of their commitment to ensuring the well-being of their friends and family.  We will not forget their efforts to strengthen our community and to create a safer place for those they loved to live, worship, and raise a family.  With this memorial, we will always remember the selfless example they set in service to their fellow man,” Guest said.

Lincoln County Deputy Sheriff William Durr, 36, was killed while responding to a domestic dispute on May 27, 2017.  A veteran law enforcement officer, he previously served with the Brookhaven Police Department.

Brookhaven Police Officer James White, 35, and Corporal Zach Moak, 31, lost their lives in a standoff on September 29, 2018.  Moak served with the Lincoln County Sheriff’s Department before serving with the Wesson and Brookhaven police departments.  In addition to serving as a police officer, White served in Iraq with the Mississippi National Guard where he sustained a serious injury.

Rebel Report: Baseball gets much needed sweep of South Carolina