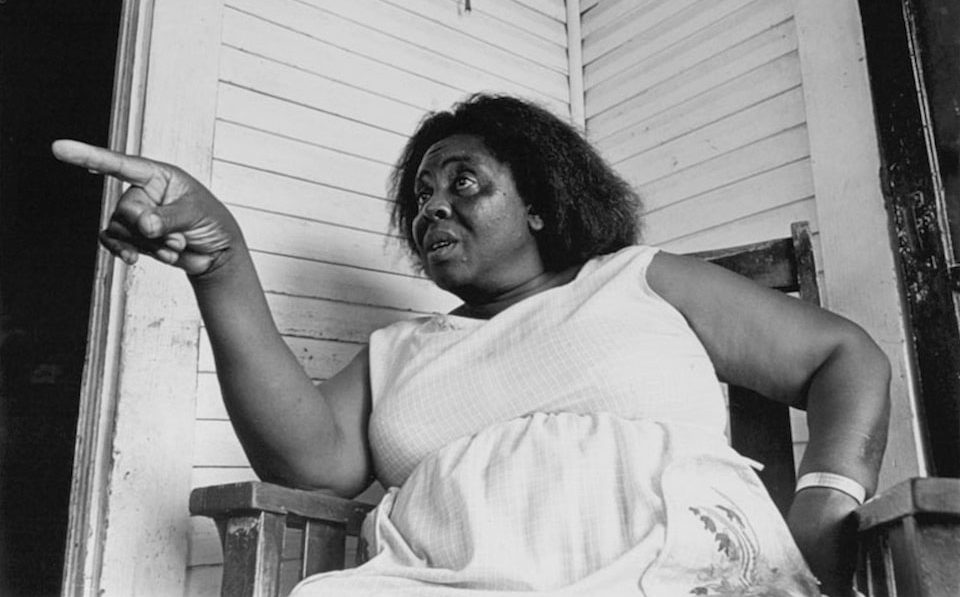 Photo courtesy of the Mississippi Encyclopedia

Fannie Lou Hamer’s America was produced by Monica Land, Hamer’s niece, who previously worked as a reporter for The Clarion-Ledger. The film was shot in Jackson and Land used Hamer’s public speeches, interviews, and other archives to tell the story of the influential Civil Rights icon.

Broadcast on PBS and WORLD Channel in February, Fannie Lou Hamer’s America took a deeper look at the life and legacy of the once-sharecropper who used encounters with injustice as motivation to become a vocal leader in the fight for voting rights, as well as other civil liberties.

Hamer’s dedication to humanitarian efforts in the Mississippi Delta—such as Freedom Farm, as well as her role as co-founder and vice-chair of the Freedom Democratic Party—were also documented in the film.

“I really appreciate the IDA for their acknowledgement and for seeing what we saw, that my Aunt Fannie Lou’s story was simply remarkable and needed to be told. She needed to tell it,” Land said. “This wasn’t just my project. It was touched by so many hands and hearts, and I’m grateful to everyone who helped us create this beautiful tribute to Aunt Fannie Lou.”

The film’s primary researchers were Davis Houck and Maegan Parker Brooks, respected Fannie Lou Hamer historians and authors. Brooks, an associate professor at Willamette University, was on the committee that raised a statue to Hamer in her hometown of Ruleville in October 2012.

According to Land, Fannie Lou Hamer’s America took 15 years to complete mainly because of the costs of archival footage. Nevertheless, local organizations such as the Mississippi Humanities Council (MHC) were consistent in their support.

“We are incredibly proud of what the Fannie Lou Hamer’s America project has achieved,” Dr. Stuart Rockoff, Executive Director of the MHC, said. “They have taken one of our state’s most powerful stories, told by Mrs. Hamer herself, and brought it to the national audience that it so richly deserves.”