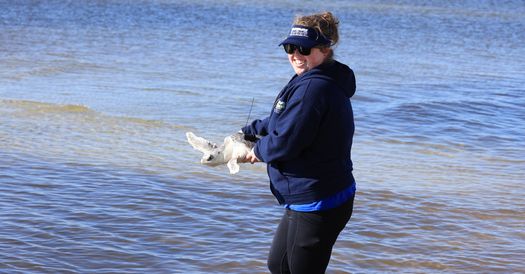 The final sea turtle rehabilitated by the Institute for Marine Mammal Studies (IMMS) has been released into the Mississippi Sound after almost a year.

On Monday, IMMS held a final release party for a sea turtle named Trevor Munch, one of the 25 turtles from Massachusetts that were brought in for treatment last December.

IMMS also installed a tracking device on Trevor Munch’s shell, making him the seventh turtle to be included in a study that follows if the turtles stay near the Mississippi Gulf Coast or return to their original habitat.

Crews with IMMS also released an additional turtle that was injured in Pass Christian the same morning.

To see the entire release party, watch below.