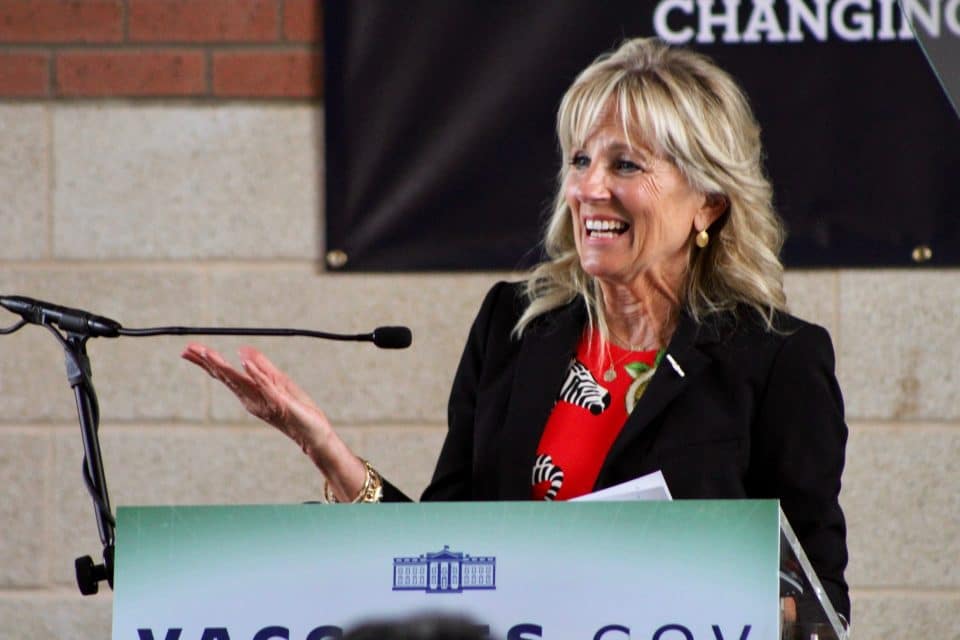 “After testing negative for COVID-19 on Monday during her regular testing cadence, the First Lady began to develop cold-like symptoms late in the evening. She tested negative again on a rapid antigen test, but a PCR test came back positive,” Alexander said in a statement.

The first lady and the president have been vacationing in Kiawah Island, South Carolina, with family for a little less than a week now.

Jill Biden will remain in quarantine in South Carolina until she receives two consecutive negative COVID-19 tests. The first lady, who is fully vaccinated and has received two booster shots, will begin taking Paxlovid to reduce the chance of developing serious symptoms from the virus.

As for Joe Biden, White House Press Secretary Karine Jean-Pierre confirmed that the president received a negative test despite being in close proximity to his wife throughout the week.

The President tested negative for COVID this morning on an antigen test.

Biden will follow CDC guidelines by wearing a mask for 10 days when indoors and in close proximity of others. President Biden is still expected to travel to Washington, D.C., later today to sign the Inflation Reduction Act before continuing to Delaware for the next week.