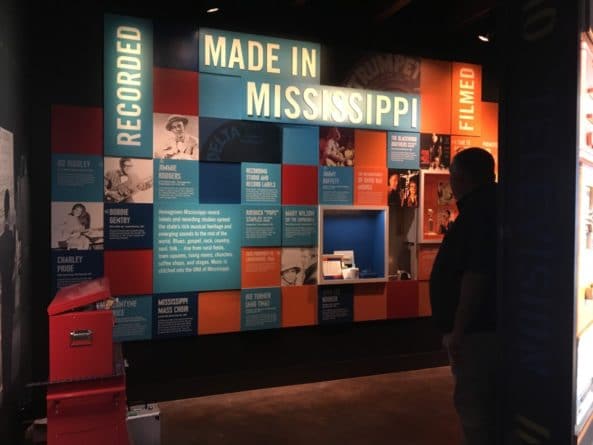 Five iconic Mississippians have been inducted into the Hall of Fame at The Mississippi Arts + Entertainment Experience (The MAX) in Meridian.

“These five individuals have enriched our culture through their talents as performers and writers, and we are proud to honor them in this way,” said Mark Tullos, Executive Director of The MAX. “They join a very distinguished group as Hall of Fame members of The MAX.”

Tammy Wynette (Tremont, MS) was a country singer and songwriter. Called the “First Lady of Country Music,” she is among country music’s best-known and best-selling female singer-songwriters. Her iconic hit “Stand By Your Man” is one of the best-selling singles in the history of country music. She was named by CMT as one of the three Greatest Women of Country Music (with Patsy Cline and Loretta Lynn). For nearly two decades, Wynette held the record for winning consecutive awards from the Country Music Association (CMA). She was the first female country artist to sell a million albums and is in the Country Music Hall of Fame.

Bo Diddley (McComb, MS) was a singer, songwriter, guitarist and producer who played a key role in the transition from the blues to rock and roll. His signature rhythms became the cornerstone of modern hip-hop, rock and pop music. Many artists have named him as a musical inspiration including Elvis Presley, Beatles and the Rolling Stones. He is a Grammy winner, member of the Rock and Roll Hall of Fame, Rockabilly Hall of Fame and the Blues Hall of Fame. He received a Lifetime Achievement Award from the Rhythm and Blues Foundation. One of Diddley’s musical inspirations was John Lee Hooker, also a 2019 honoree.

Jerry Lee Lewis (Nesbit, MS) is a singer-songwriter, musician and pianist and known as a pioneer of Rock and Roll and Rockabilly music. He developed his signature musical style during his younger years in Mississippi as part of the new and emerging rock and roll movement. His most iconic hits include “Whole Lotta Shakin’ Goin’ On” and “Great Balls of Fire.” Lewis began his career at Sun Records (Memphis) and became one of Rolling Stone Magazine’s “100 Greatest Artists of All Time.” He is a Grammy winner, recipient of the Recording Academy’s Lifetime Achievement Award, and has been honored with a star on the Hollywood Walk of Fame. He is a member of the Rock and Roll Hall of Fame, Rockabilly Hall of Fame, and Memphis Music Hall of Fame.

Margaret Walker Alexander (Jackson, MS) was a poet and author. She is best known for her 1966 novel Jubilee and her award-winning poem “For My People,” written as part of her involvement in the Chicago Black Renaissance, an African American literary movement. For 30 years, she served as a literature professor at Jackson State University where she founded the Institute for the Study of History, Life, and Culture of Black People (now the Margaret Walker Center) and served as the institute’s director. She is also the namesake for the Hinds County system’s Margaret Walker Alexander Library. Her works are considered among the most influential and important in African-American literature. She received a Candace Award from the National Coalition of 100 Black Women in 1989.

John Lee Hooker (Clarksdale, MS) was a blues singer, songwriter and guitarist. The son of a Delta sharecropper, Hooker developed a unique style of guitar playing prominently featured in some of his best-known songs such as “One Bourbon, One Scotch and One Beer” and “Boom Boom.” Hooker is a five-time Grammy Award winner and an inductee in both the Blues Hall of Fame and the Rock and Roll Hall of Fame. He has a star on the Hollywood Walk of Fame. He was awarded the Grammy Lifetime Achievement Award in 2000.

To be considered, candidates must have a connection to the State of Mississippi, either by birthright, moving to the state at an early age, or living in Mississippi for a significant portion of his/ her career. Nominees are then voted on by a panel of electors (18) appointed by The MAX Board of Directors and fans who cast votes as part of a nationwide election.

Since its opening, two previous Hall of Fame classes (2017 and 2018) have been designated.

LOTS of tax dollars are being spent in the Delta. But who is benefiting?

JT Show: Lynn Fitch on her race for the Attorney General’s office