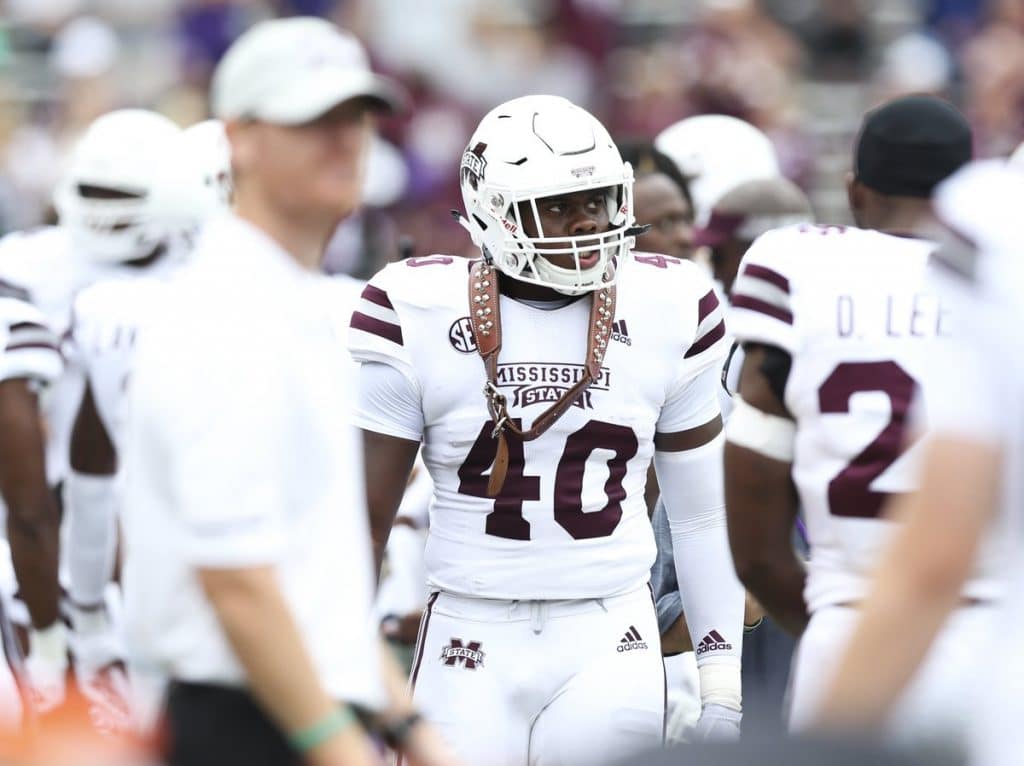 Preseason awards are starting to find their way to social media, and on Thursday, the SEC announced its preseason all-conference team as voted on by the league’s coaches. Five Mississippi State players saw their names among the honorees, led by first-team selection junior linebacker Erroll Thompson.

Thompson is MSU’s leading returning tackler from a season ago, racking up 87 stops to go with 3 sacks and 2 interceptions. He was also a first-team selection on the team announced at SEC Media Days. He is joined by two of his Bulldog defensive teammates, junior cornerback Cam Dantzler on the second team, and senior defensive end Chauncey Rivers on the third team.

Offensively, State is represented by senior center Darryl Williams on the second team and junior running back Kylin Hill on the third team.

Both Dantzler and Williams were second-team selections by the media as well.