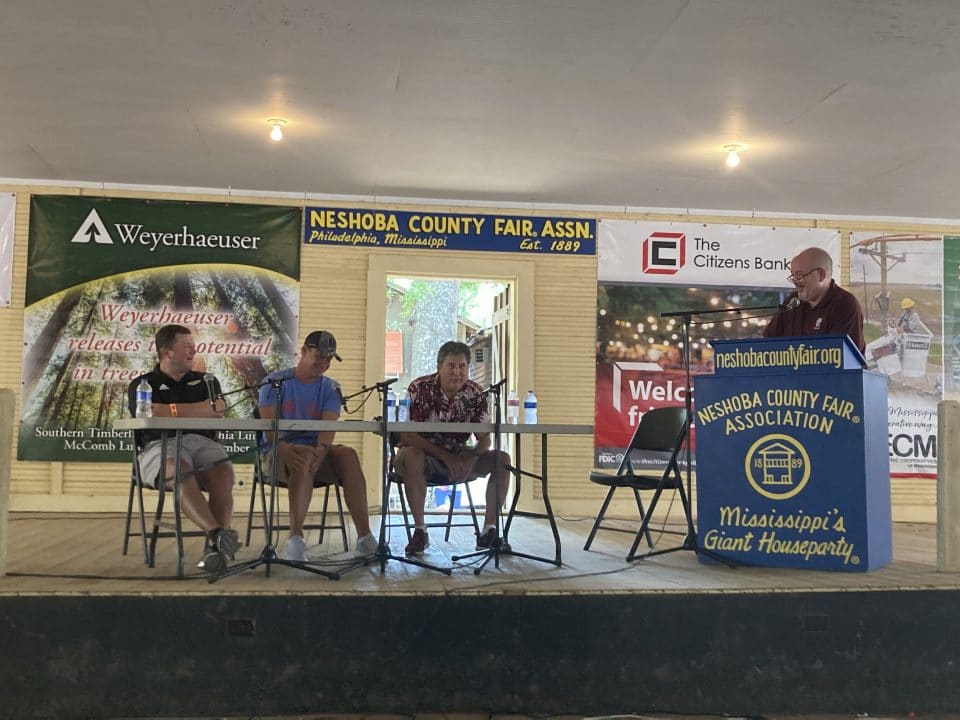 For the first time in its lengthy and storied history, football has joined the conversation at “Mississippi’s Giant House Party” as Mike Leach, Lane Kiffin and Will Hall shared the stage for a roundtable discussion titled ‘Football at the Fair’ this afternoon.

While the three coaches previewed their upcoming seasons, the hour-long discussion, moderated by Sid Salter on the grounds of the Neshoba County Fair, also covered a litany of topics including NIL, conference, realignment, social media and much more. If you missed it, you can check out some of the highlights below along with the video in its entirety. (Forgive some of the moments where the video freezes. Internet connection at the fair isn’t always a given.)

Here’s each of the coaches talking about the potential addition of Texas and Oklahoma to the SEC and what it would mean for the landscape of college football:

Anywhere Lane Kiffin goes, social media is always a topic. Hear his philosophy on social media and how Mike Leach has never actually sent an email.

Will Hall is the son of a Mississippi high school coaching legend and has known for a long time that he would follow in his father’s footsteps on the sidelines.

On the field, the Rebel defense was among the worst in the country in 2020. Kiffin was asked about his expectations for 2021 and gave a concise response.

The name, image and likeness era is underway in college football. What did these three coaches have to say about it?
Want to check out the rest of the roundtable discussion? You can do that right here:
previous post