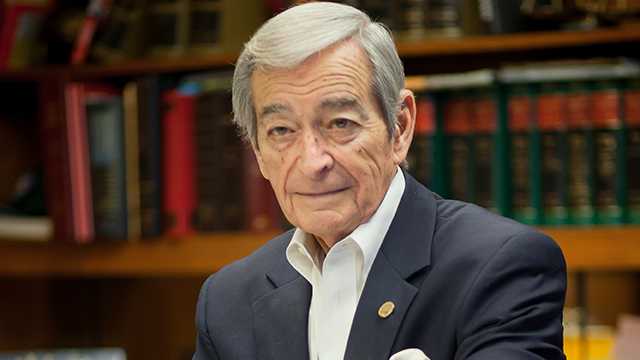 A former long-time mayor of the Capitol City has passed away. Dale Danks died Wednesday due to complications from a stroke at the age of 81. The Danks family released the following statement following his death:

We are deeply saddened to announce that Dale Danks, Jr., passed away today as a result of complications from a stroke. He died peacefully surrounded by family. The family is grateful for the love and support being extended by our friends, family, and community.

Danks was one of the founding members of Danks, Miller & Cory.  His bio on the firm’s website states that he was elected for two terms as the Hinds County Prosecutor. While serving as County Prosecutor, Danks’ Office handled in excess of 3,000 cases covering a broad range of criminal activity.  He was subsequently elected as the Mayor of the City of Jackson in 1977 and successfully served three terms. Following his service as Mayor, Danks returned to private practice.

He completed his undergraduate training at Millsaps College and subsequently attended the Jackson School of Law where he graduated in 1963. He served as a volunteer on many Boards, Committees, Commissions and Associations including serving as: President of the Mississippi Municipal Association; Energy and Transportation Committee, National League of Cities; Housing and Economic Development Committee, U.S. Conference of Mayors; State Fair Commission; and , Jackson Chamber of Commerce.

During his career, Danks was selected as a member of the Top 100 Trial lawyers. and also served as the Municipal Judge for the City of Madison, Mississippi.

Danks was respected by many. State Senator Hillman Frazier shared the following:

Jackson Mayor Chokwe Antar Lumumba stated, “I extend my deepest condolences and prayers to the family of former Jackson Mayor Dale Danks, Jr. We honor his memory by continuing the necessary work to see this city prosper and achieve all that we know it can be.”
previous post

Wicker wants to to protect name, image and likeness of college athletes