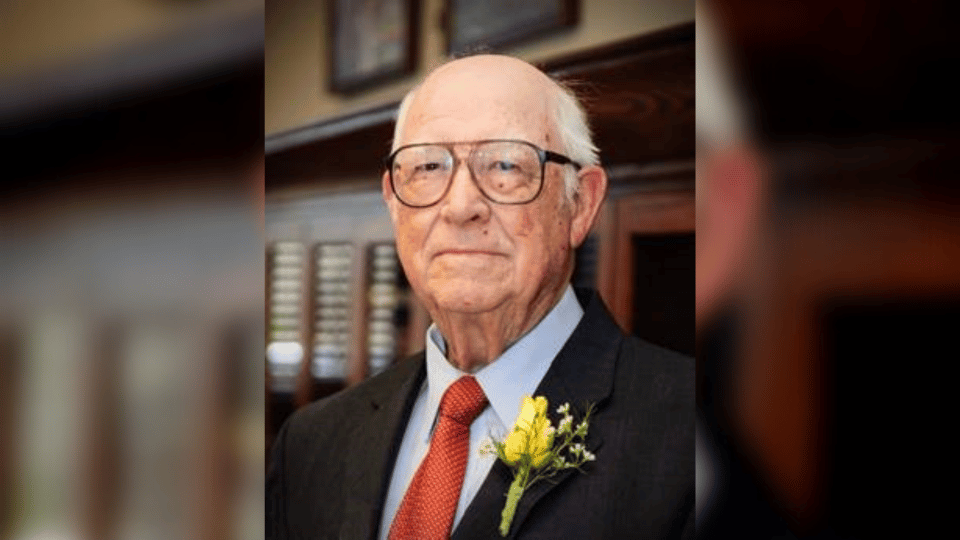 Fred Wicker was born in Hickory Flat on April 7, 1924, and grew up in Benton County. In 1942, Wicker was drafted into the U.S. Army, later traveling to Fort Jackson, South Carolina for his basic and advanced training in Field Artillery and Communications. He was then assigned to Europe to the 9th Air Force, 36th Station Compliment Squadron where he worked in communications.

In all, Wicker served in France, Belgium, Holland, Germany, England, Luxemburg, and most noteworthy in Normandy earning four battle stars. After the war, he arrived in New York on December 25, 1945, and was later discharged from the Army Air Force at Camp Shelby on New Year’s Day 1946.

Upon returning to Mississippi, Wicker continued his education at Ole Miss where he received his law degree in May 1948 before opening his law practice in Pontotoc in July 1948.

Wicker then held positions in office as city attorney and county prosecutor for 12 years, state senate for three years, and was appointed by Governor John Bell Williams as Circuit Judge for the 1st Judicial District in 1970.

He and his wife, Wordna Threadgill, had three children: Ellen Wicker Cummings, Senator Roger F. Wicker, as well as their foster daughter, Mindy Staten Parrish. In addition to his children, Judge Wicker is survived by five grandchildren and 11 great-grandchildren.

Senator Wicker issued the following statement regarding his father’s death:

“My father spent his life in service to our country and our family. A World War II veteran, a public servant, a dedicated husband and father, and faithful Christian, he was a role model for many – and he was my hero. Our family is devastated to lose him, but we are grateful for a life well-lived, the wisdom he instilled in us, and the many years we spent together. On behalf of the entire Wicker family, Gayle and I deeply appreciate the expressions of sympathy and prayers we have received.”