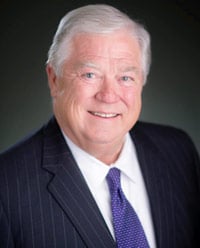 Image courtesy of the BGR Group

(Information provided by the National Assessment Governing Board)

Secretary of Education Betsy DeVos has appointed Haley Barbour, former governor of Mississippi, to a four-year term on the National Assessment Governing Board—which oversees the only continuing, nationally representative evaluation of U.S. students’ knowledge—and named him chair of the board through Sept. 30, 2020.

The Governing Board is a nonpartisan body that works independently from the U.S. Department of Education to set policy for the National Assessment of Educational Progress (NAEP), also known as The Nation’s Report Card. NAEP provides objective information on student performance in various subjects and allows comparisons of student achievement among states, large urban districts, and various student groups. The 26-member Governing Board is responsible for deciding which subjects NAEP assesses, determining the assessments’ content, setting achievement levels that describe student performance, and pursuing new ways to make NAEP results meaningful to the public.

Barbour is serving in one the Governing Board’s general public representative positions. Christine Cunningham, a professor of practice in education and engineering at The Pennsylvania State University, and Patrick Kelly, an AP U.S. Government and Politics teacher in South Carolina’s Richland School District 2, also were appointed to the Board. Cunningham is serving in a curriculum specialist position. Kelly is serving in the twelfth-grade teacher position.

“We are thrilled to welcome these three outstanding new members to the Board. They join an esteemed group of leaders from across the country who ensure the Nation’s Report Card serves as a resource for improving educational outcomes for all American students,” said Lesley Muldoon, executive director of the National Assessment Governing Board.

Barbour served as governor of Mississippi from 2004 to 2012. He was the political director of the White House under Ronald Reagan, chairman of the Republican National Committee from 1993 to 1997, and chairman of the Republican Governors Association from 2009 to 2011. Barbour returned to BGR Group—the government affairs firm he founded—after leaving the governor’s office.