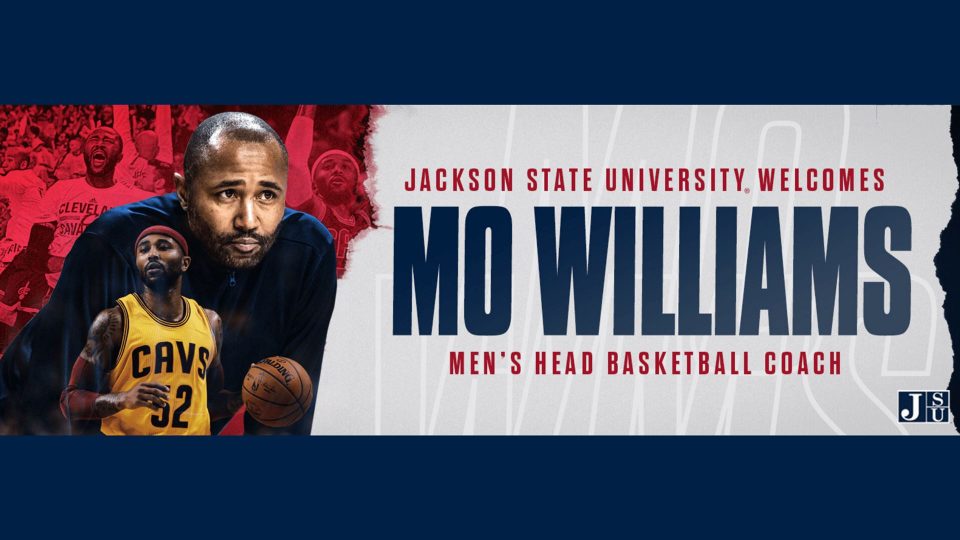 It’s official. Mo Williams has been hired as the head men’s basketball coach at Jackson State.

Williams, a native of Jackson, will be returning home after two seasons as the head coach at Alabama State.

The 39-year-old played 14 years in the NBA for seven different teams. He was named an All-Star during the 2008-2009 season while playing for the Cleveland Cavaliers. He then returned to Cleveland for the 2015-2016 season where he was a member of the team’s first-ever NBA Championship.

Prior to the NBA, Williams was named Mississippi’s Mr. Basketball at Murrah High School before heading off to Tuscaloosa to play under Mark Gottfried. At the University of Alabama, Williams was named the Southeastern Conference (SEC) Freshman of the Year in 2002. In 2003, he earned third-team All-SEC honors.

In Williams’ two seasons at Alabama State, the Hornets went 14-35. In his final season in Montgomery, his squad ranked in the top four in the SWAC in scoring, assists, three-point field goal percentage, free throw percentage, and blocked shots. Prior to accepting the job at Alabama State, Williams spent two seasons working under Gottfried as an assistant coach at California State University at Northridge, helping the Matadors finish second in the Big West Conference in 2019.

During the 2021-2022 campaign, the Tigers finished 11-19 but will look to turn that around under the leadership of Williams.