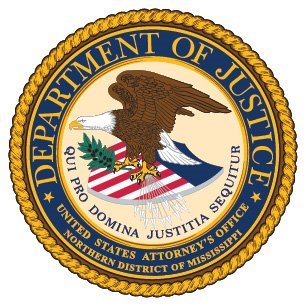 An Oxford woman who reportedly stole close to $3 million from a Mississippi State University sorority has been sentenced to 45 months in prison by U.S. District Judge Glen H. Davidson.

75-year-old Betty Jane Cadle was also ordered to pay $2,940,853.80 restitution to the Mississippi State University Kappa Delta chapter. Cadle was allegedly using her position as the sorority’s treasurer to redirect money from the sorority to her personal bank accounts and business between 2012 and 2019.

As treasurer, Cadle was responsible for buying items for the sorority house, paying utility bills, filing tax documents, managing dues for the sorority, as well as general bookkeeping. According to court documents, Cadle deposited money collected by the sorority into her business, Belles and Beaus, a children’s clothing store in Oxford.

Representatives of the MSU’s Kappa Delta chapter spoke at the sentencing hearing and recalled how Cadle had bullied members and maintained an attitude of superiority to avoid any questions about the sorority’s finances.

“The defendant abused her position of trust and authority by stealing money she was entrusted with for her own personal gain.” U.S. Attorney Clay Joyner said. “The Northern District of Mississippi’s United States Attorney’s Office will continue to prosecute those that abuse their positions to steal from others.”

After initially being charged with six counts of wire fraud, the 75-year-old agreed to plead guilty to one count of wire fraud in order for prosecutors to lower a potential prison sentence by dropping the other five counts.