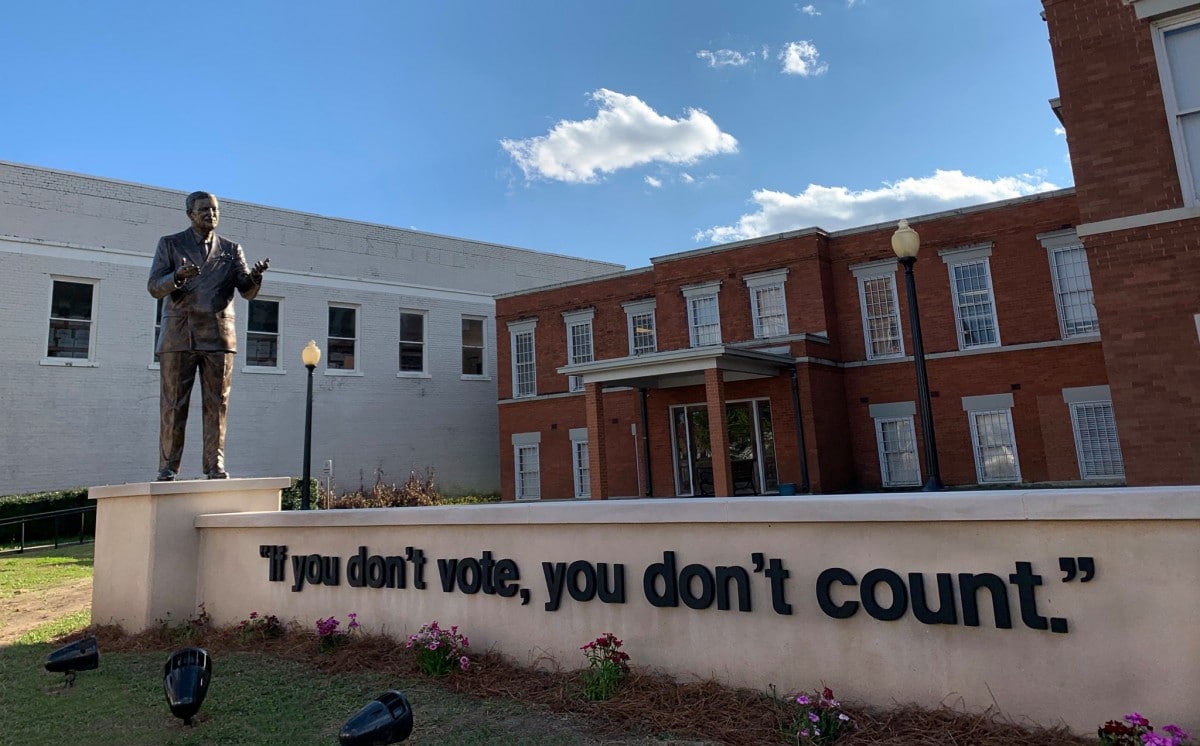 The bronze statue, which was created by local artists Benn Watts and Vixon Sullivan, is the centerpiece of a new plaza at the courthouse in downtown Hattiesburg.

Dahmer was born in Forrest County on March 10, 1908, to Ellen Louvenia and George Washington Dahmer.

Mostly known for his work as a voting rights activist during the civil rights movement, Dahmer’s beliefs and character earned him two terms as president of the Forrest County chapter of the National Association for the Advancement of Colored People (NAACP).

Unfortunately, his dedication to registering minorities to vote resulted in Dahmer becoming a target of the Ku Klux Klan.

On the night of January 10, 1966, the Dahmer home was firebombed by white supremacist Sam Bowers and company.

His wife and children were able to escape the blaze, but sadly, Dahmer died later that night due to severe burns.

Although the evils of the Klan took away the life of Dahmer, the views of one of the state’s most important activists will forever be remembered as the statue’s engraving reads, “if you don’t vote, you don’t count.”