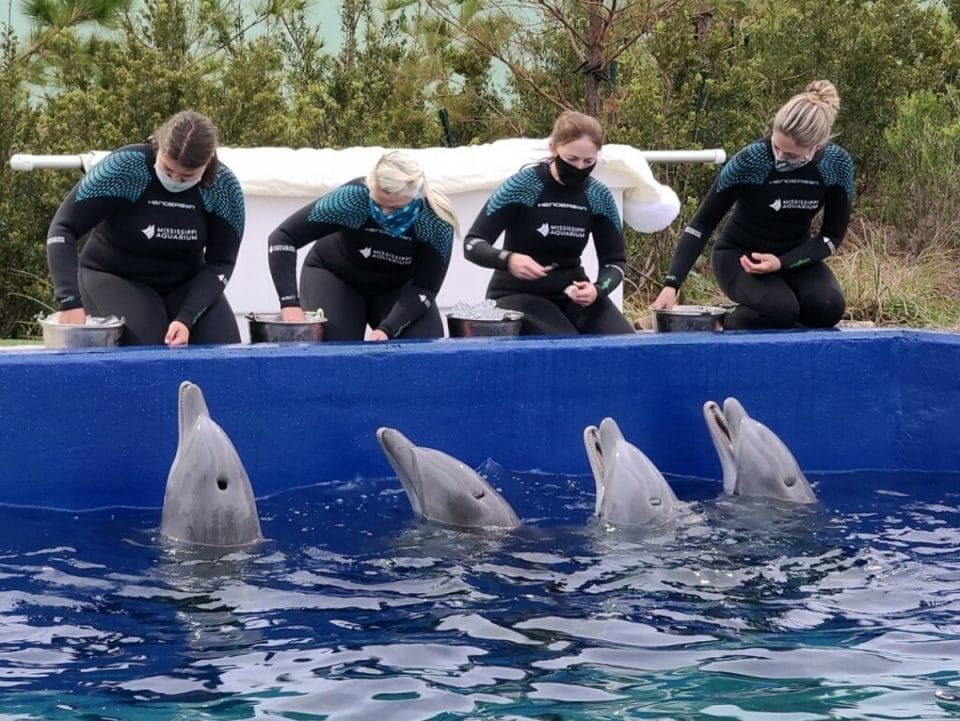 Four new bottlenosed residents have arrived at the Mississippi Aquarium.

The aquarium announced that its four male Atlantic bottlenose dolphins arrived safely to its Gulfport campus and are “comfortably acclimating to their new habitat.”

For the time being, they’ll remain in an area of the habitat to ensure they adapt properly to their new home. The veterinary and dolphin teams will continue to monitor them closely as they get used to their new surroundings.

The new dolphin exhibit is one of  12 major habitats at the 5.8-acre facility which opened back in August and features over 200 species.