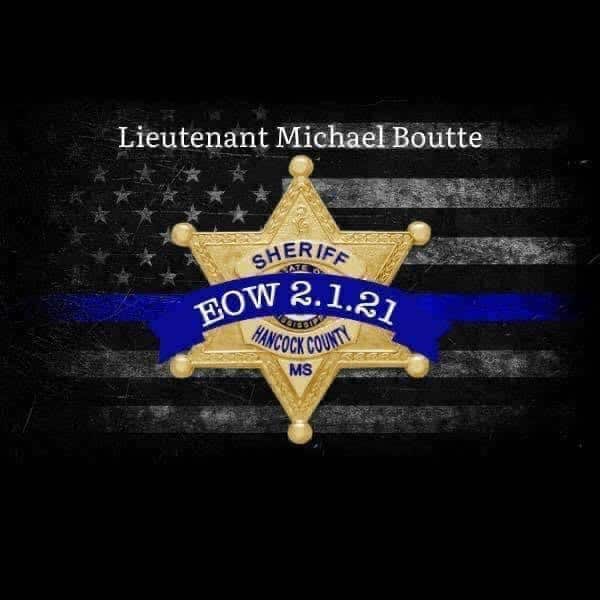 Lt. Boutte will be laid to rest on Tuesday, February 9th at 10:30 in Bay St. Louis after he was killed in the line of duty on Monday at the age of 57.

The service will be live-streamed on the Hancock County Sheriff’s Facebook page.

Lt. Boutte died Monday night after he was airlifted to a New Orleans hospital following an exchange of gunfire with a suspect while responding to a welfare call on Earl C. Ladner Road.

“Michael was a selfless, compassionate, caring individual who devoted his life to the service of others.  Throughout his law enforcement career, Michael was devoted to justice and equity.  Remembered for the smile he always had, Michael set out every day to make someone else’s day a little better and to make the world a better place,” his obituary reads.

The suspect, who has been identified by the MBI Joseph Michael Rohrbacker, was also taken to the hospital where he will receive treatment for his injuries before being extradited back to Mississippi to face charges.

Prior to his eight-year career in law enforcement, Lt. Boutte served in the U.S. Air Force and was deployed during Operation Desert Storm.